Racing San Miguel took a point in the 2-2 draw away against Union Deportivo Aspense ‘A’ in the Valencia 1st Regional Group 10.

Unión Deportiva Aspense scored after five minutes to lead 1-0 at half time.

Racing were left with a mountain to climb, when going further behind on 75 minutes, to trail 2-0.

A never-say-die attitude bore fruit as Racing ebbed back into the game and reduced the arrears through Dani O’Rourke.

Racing’s Matheus scored an equaliser to level the score at 2-2. On 79 minutes Racing’s, Sergio Ruiz was sent off, when receiving a second yellow card.

Callosa Deportivo CF and CF Sporting San Fulgencio shared the points in a mid-table 1-1 draw while Catral and Orihuela Deportiva beat Muxtamel and Hondon Nieves by the same scoreline, 1-0. 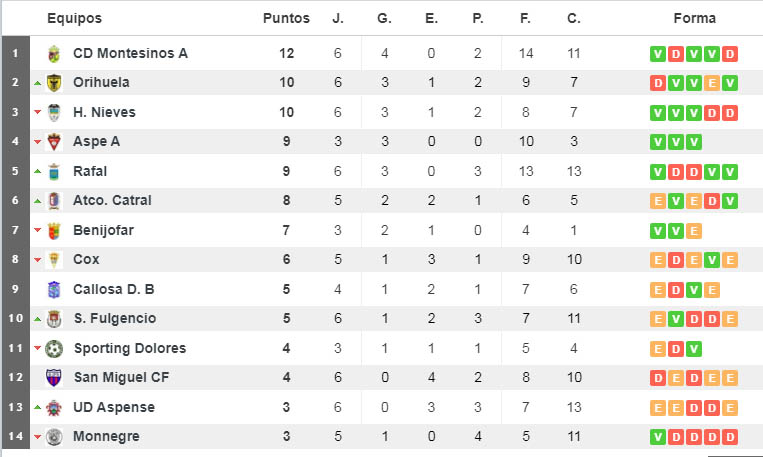 In the Valencia 2nd Regional Group 17 on Saturday top of the table CF Atletico Algorfa gained a 4-0 win against third place visitors Bigastro CF. However  they were replaced at the top of the table by the newly formed Torrevieja outfit Sporting CostaBlanca who hammered Crevillente on Sunday afternoon. 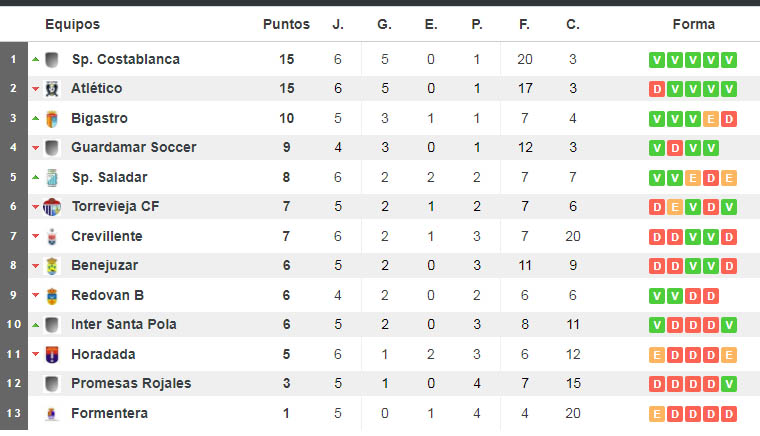