The Callosa CF kitman obviously hadn´t done his homework, for when the match referee correctly deemed that his team’s shirts were too similar to those of Thader, another set was not immediately available.

As the only alternative was to drive back to Callosa and collect a different set, last Sunday mornings match kicked off 40 minutes later than published.

Although fans weren´t permitted entrance to this preferente match at Benijofar stadium, a dozen or so diehard Thader fans, found an outside vantage point behind one of the ends.

Thader could have taken the lead inside the first minute, an exquisite through ball found Linus, but his goal bound shot was well saved.  A delightful cross found Juampe unmarked at the far post, giving the Callosa front man a straightforward opening headed goal on 10 mins. 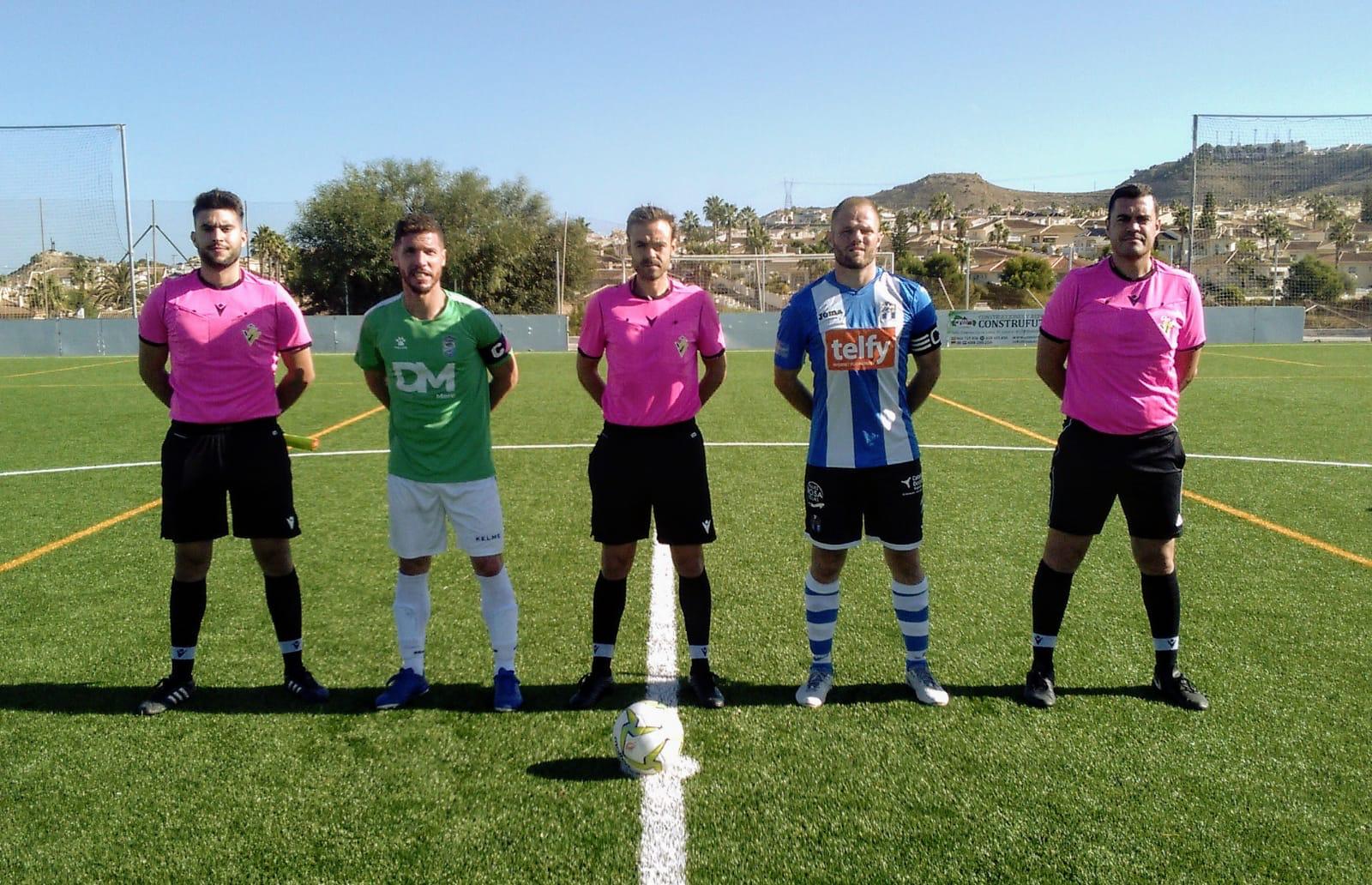 When Linus was crudely hacked down on 12 mins, Lloyds´ resultant free kick from just outside the box was just too high.

Slack marking by the Thader defence on 25 mins, was responsible for Mirete being given oceans of space, before slotting the ball past Adrian to double his sides advantage.

Quino appeared to have been fouled in the penalty area on 28 mins, but the ref was unimpressed.  Miguel was lucky not to be given a 2nd yellow card on 36 mins, for a cynical foul, as the hosts breathed a sigh of relief.

This triggered a heated verbal response from both sets of players and officials in the stand.  Rafa´s accurate shot on 42 mins was well saved by the Callosa keeper near the foot of the post, then with time ticking away, Juampe had a great chance to double his goal tally, but he somehow contrived to shoot wide of an open goal.

Nino and Juan were introduced as Thader subs before the 2nd half commenced, both probably wishing that they had stayed on the side-line!  A horrendous back pass within seconds of kick off, resulted in Victor Garcia gratefully accepting the gift, before his unchallenged run culminated in a powerful drive past a shell shocked Thader keeper.

When a Linus cross was handled in the area on 55 mins, a lifeline was thrown to an understandably demoralised Thader team.  But that was before sub Nino made a pig’s ear of the resultant penalty, which sailed high over the opponent’s bar.

Raul Mora introduced 2 more subs, in an effort to turn things around, but unfortunately it had the opposite effect.  Matters weren´t helped by a totally inept referee, who by missing so many blatant fouls, was indirectly responsible for players eventually seeking revenge.

Another Lloyd free kick was saved on 63 mins, but the Thader captain could only look on in horror as yet another defensive error was seized upon.  Ventura picked up the wayward pass, strolled without restraint towards goal, before unleashing a drive past Adrian to make it 0-4.

By now, Thader had lost their shape, but that didn´t stop Kike being introduced as sub number 5.  He hadn´t been on long, before his close-range effort hit the post.

Both Nino and Nano came close to scoring a consolation goal, but the game ended on an unsavoury note, when Juan was shown a straight red card for a reckless challenge.

Now languishing just one place from the bottom, next weekend, Thader are away at UD Ilicitana who were hammered 8-1 at Santa Pola on Sunday (check CD Thader facebook time for details of this match), for another preferente match. 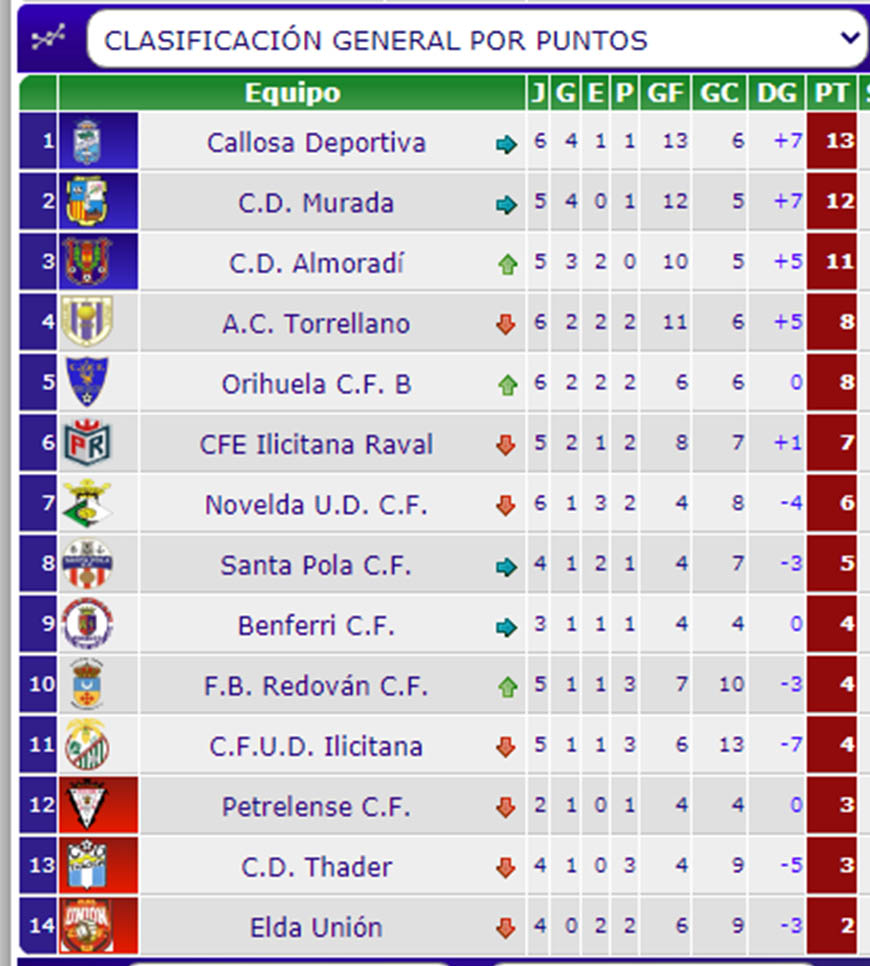