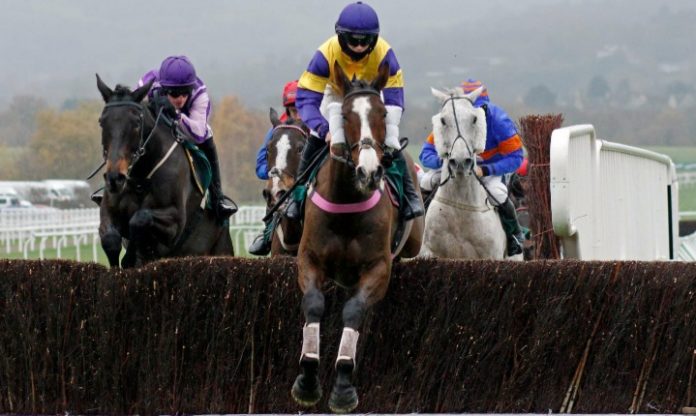 “It’s fantastic, especially so for Kerry (Lee),” said Patrick, after winning on seven-year-old Storm Control, 3/4 lengths ahead of Bermeo.

“We were up in trip and I just popped out and went well all the way round,” said Patrick.

“He was good, when he needed to be, going up the hill. He’s bred to stay and is very competitive.

“Last season was a great year and he keeps improving – there’s plenty of options for the future,” said Patrick.

Kerry Lee saddled Happy Diva (16-1) in the Paddy Power Gold Cup Handicap Chase – won by Coole Cody – going well when falling two out: “Delighted to say that Happy Diva is okay after her fall. Massive congratulations to Richard Patrick for riding out his claim with a bold ride on Storm Control,” said Lee.

At Cheltenham, Dell’s Arca (2.50) and Shinobi (3.25) fromthehorsesmouth.info tips were both non-runners.

*Cork’s seven-race jumps card on Sunday has been cancelled due to a waterlogged course after flooding from the River Blackwater.