Paramedics rushed to assist a 27-year – old pilot at lunchtime on Tuesday after he crashed his light aircraft onto a private runway in Torremendo.

Despite suffering extensive injuries the pilot was able to notify the emergency services and walk away from the aircraft after it’s impact. He is said to have suffered multiple injuries and was subsequently admitted to the Torrevieja University Hospital by a SAMU unit which had travelled to the site to provide assistance.

Civil Guard agents from the neighbouring municipality of San Miguel de Salinas and firefighters from the Orihuela Park attended the emergency. 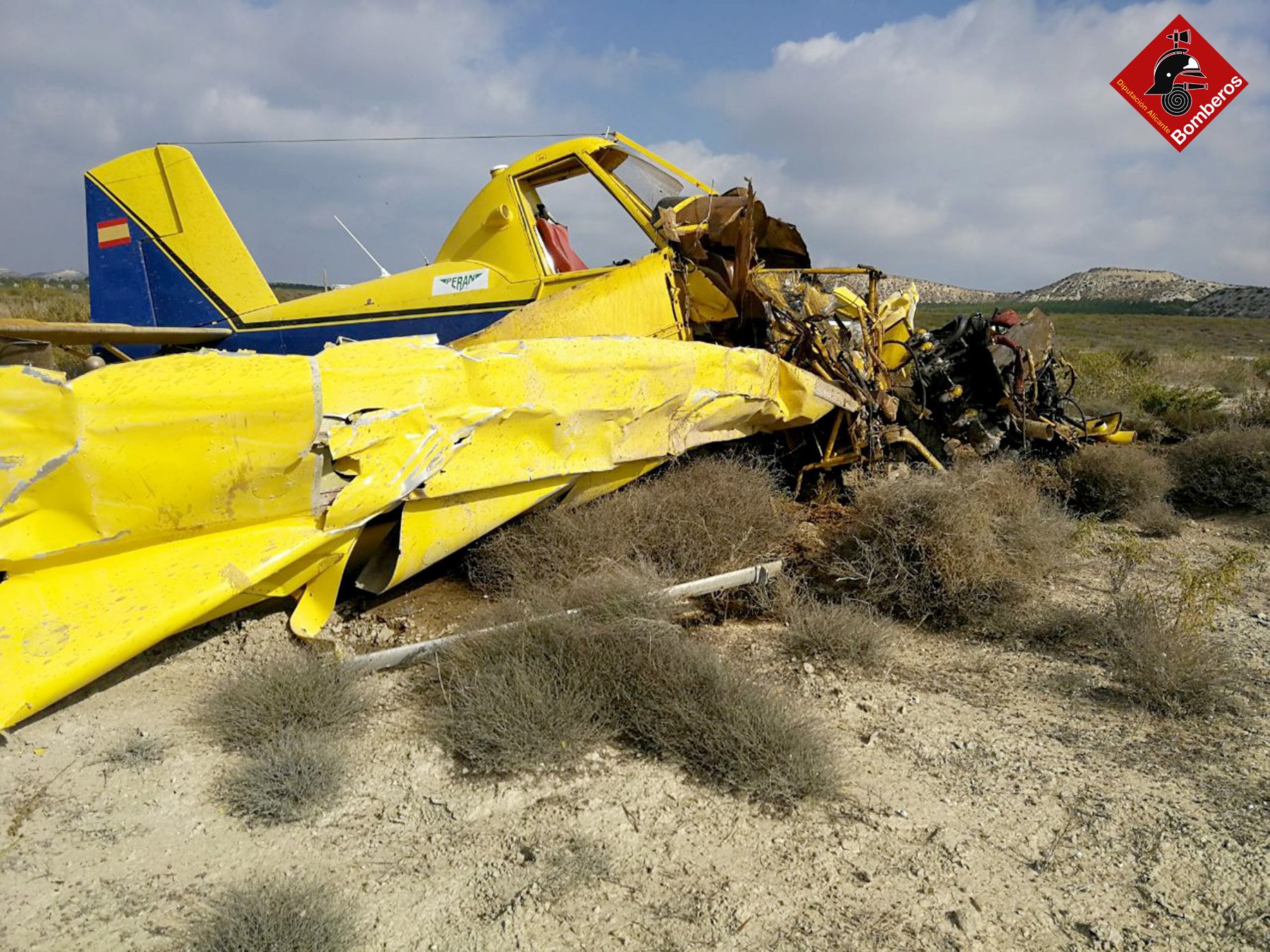 It was the pilot himself, who was been able to get himself out of the plane on foot despite the significant material damage suffered by the aircraft on landing, who alerted the emergency services with a call with his phone mobile.

The accident occurred in an area with difficult access. In fact the pilot had difficulty pinpointing his exact location over the phone. It was a private farm that has a track that is usually used for agricultural fumigation aircraft near to the CV-949 road, which connects Torremendo with the Murcian districts of Cañada de San Pedro and Torreagüera, between the Sierra de Pujálvarez and La Sierra del Cristo.