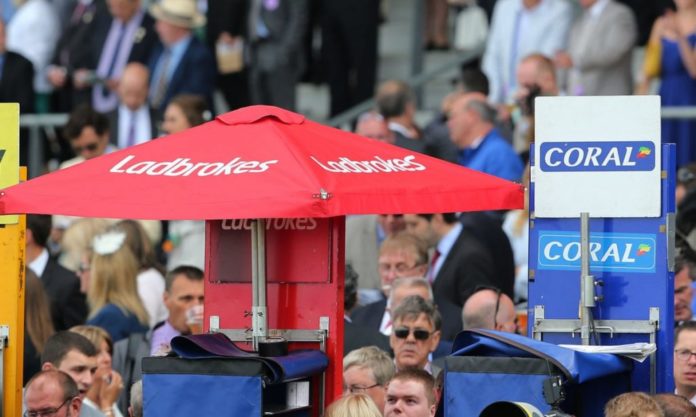 Ladbrokes and Coral has agreed to sell its 106 pitches and withdraw from on-course racecourse rings in Britain and Ireland.

GVC’s pitches (85 in the UK and 21 in Ireland) have been sold to John Hooper, who trades on-course – under the name Sid Hooper. Hooper bought William Hill’s 82 pitches, when the firm made moved out of the ring in 2018.

Tom Ritzema, GVC’s trading director, said in a statement: “The volume of business taken through the racecourse pitches is miniscule, compared to the volumes generated in our off-course retail and digital businesses, and we no longer use the operation to hedge into the racecourse betting ring.

“As the racecourse operation is loss-making and no longer has a strategic purpose, we have regrettably reached the decision to sell our pitches and leave the ring.

“The current situation with Covid-19, and racing behind closed doors, expedited the decision but was not one of the factors behind it.”

On-course betting markets in British betting has declined significantly. It has not been able to operate since racing resumed – behind closed doors in June – due to COVID-19.

Robin Grossmith, a ring bookmaker for almost 40 years and a director of the Federation of Racecourse Bookmakers, said: “Perhaps they feel that their businesses are going in a different direction since joining GVC and this is old hat to them now.

“But I’d have thought that a racecourse presence with their boards up, and the coverage that gets, it’s basically free advertising every time racing is on television and they pan along. But perhaps that just doesn’t fit in with their business model any more?

“As far as affecting the on-course, a lot of bookmakers would look at Ladbrokes and Coral’s first-show prices, knowing that they come from the office, which would reflect any market moves.

“That would be the basis of a lot of bookmakers’ first shows. There’s other ways to get first shows, so it’s not that important, but they were contributors to the market, they were big names and punters like to see high-street names on the racecourse.

“I’m saddened to see them go, but things move on and that’s their decision.

“These are worrying times for everybody – but we’ll battle through I’m sure – and I hope that when it does come back, the punters who’ve been starved of racing will surge back on to the racecourse.”

“The racecourse market is the only truly independent market, and I’d be very hopeful that the SP will come back to the on-course.

“A free market, which is exactly what it is, has got to be the best way forward.”

The post Ladbrokes and Coral withdraw from on-course racecourse rings in Britain and Ireland appeared first on Horse Racing News and Tips.