Football in Rojales is booming.  A new board of directors, new manager, and virtually a new set of players, have transformed last season’s strugglers, into a team that is full of confidence and ambition.

Due to reseeding of the Moi Gomez Stadium pitch, this opening home preferente league match of the season, was played at neighbouring Benijofar.  As in all pre-season friendlies, the 400 or so supporters, obeyed protocol rulings immaculately.  Although talisman Dani Lucas was still out injured, manager Raul Mora had an otherwise fit squad to pick from.

Raval should have taken the lead after only 8 mins, but from only 5 yards, Manu shot wide with just keeper Sergio to beat.

When Potro was brought down inside the Raval pen area on 10 mins, it looked a nailed-on penalty, but alas the referee waved play on.

Although the visitors were employing dirty tactics on a regular basis, it wasn’t until 17 mins before the first yellow card was produced for a cynical foul.  A minute later, Sergio was alleged to have brought down an opponent in his area.  It seemed harsh, and maybe VAR would have overruled it, but the resultant penalty was converted, despite the transgressor getting a hand to it. 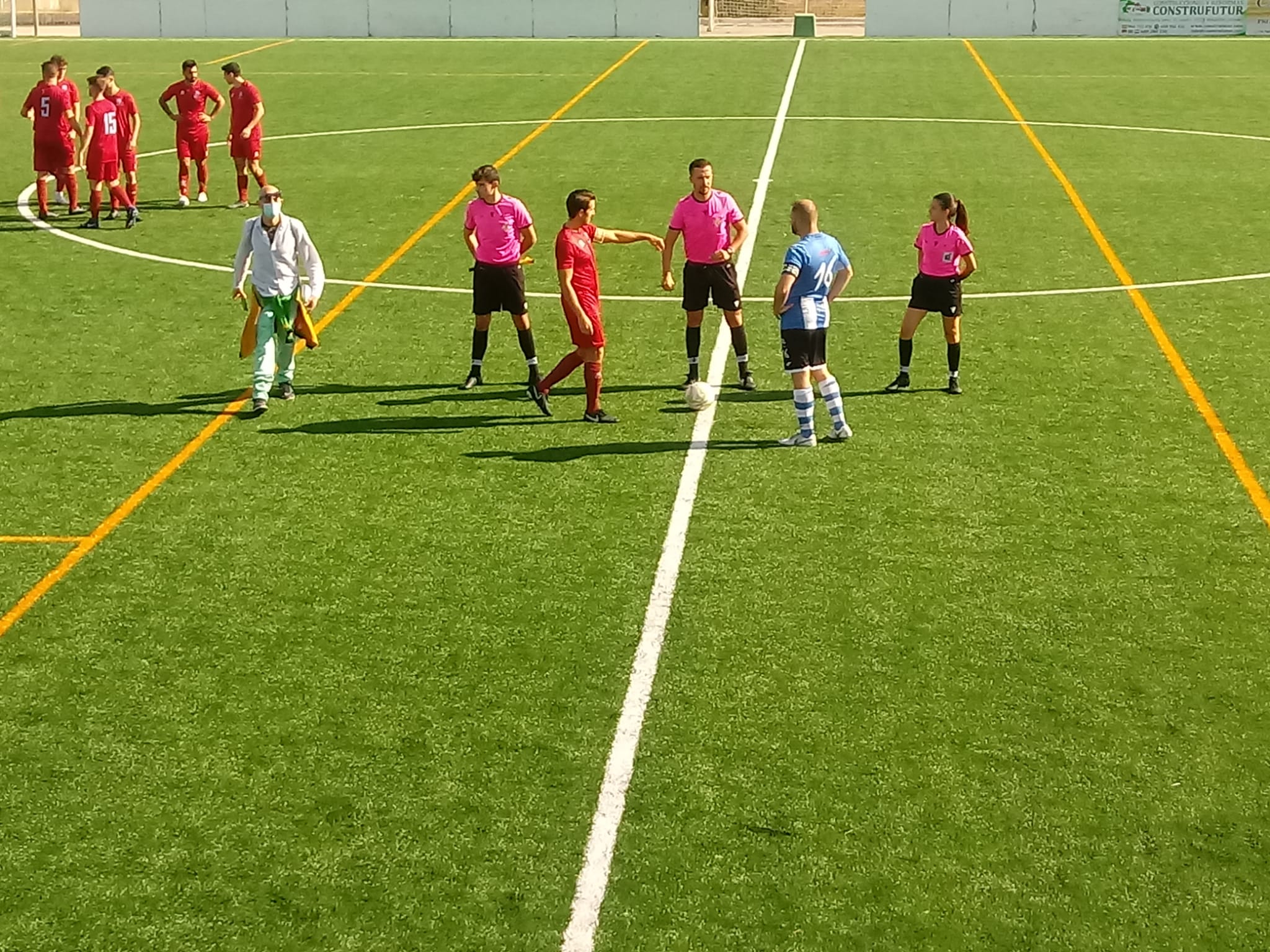 Totally against the run of play, a delightful assist by Lloyd found Calderon, who took the ball in his stride before beating the keeper with a well-placed shot.

This was Thader’s first shot on target, in what had been a disappointing opening spell.  Manu thought he had given Raval the lead on 35 mins, but his fine effort was disallowed for offside.  Just before half time, Rafa picked up a needless booking, which was later to prove to be costly.

Juan was the next name in the refs little black book, for the Thader defender slightly overstepped the mark!  Another rash challenge by Rafa, saw him sent off, leaving his colleagues to battle through the remaining 30 mins a man light.

Quite bizarrely, Thader appeared to step up a gear since Rafa’s dismissal, and on 75 mins, a magnificent individual run by Quino was capped by him slipping the ball under the on-rushing keeper’s body.  The fans went wild, but even better was still to come.

Calderon should have doubled his goal tally on 80 mins, but when faced with a 1 on 1 with Raval’s keeper, he came off second best as his opponent did well to smother the ball.  A further booking apiece was issued, because this enthralling match showed no sign of abating.  Sergio produced an important save at the foot of his post on 83 mins, as Raval sought an equalising goal.

With time ticking away, a rush of blood to Raval keeper’s head, saw him venture fully 25 yards out of his area to challenge Jose, but Thader’s substitute striker showed a rare moment of brilliance, lobbing the stranded keeper, then celebrating in delight as the ball bounced into the net.

All in all, Thader’s 2nd half gutsy performance just about justified the 3-1 scoreline, but giving away early goals is still an unwanted hangover from last season.

Next Sunday, ko 1130, Thader are away to Benferri, although the match is set to be played in Jacarilla.  At time of writing, it is unknown if fans will be permitted, but regular updates will be made on Thader Rojales facebook page.