On Friday 23rd October Montgo GS played their annual Rose-bowl Trophy at Oliva Nova, this year a medal competition. We had a field of 26 players including 3 guests: Karen Schram, Andrew Davies and Jordan Duffy. And we welcomed back several members who have been away from Spain since lockdown: Francien Knoops, Gerian van Ooijen, Franz Budnik and Dirk Knappe. Prizes for this tournament were provided by Captain Sue Burman.

The day’s winner was Franz Budnik with net 71 playing off 11, Nigel Siddall came in second with net 72 and George Braddick third one stroke back. Sue also gave prizes for best front and back nines for players not on the podium, these were won by Gerian van Ooijen and Steve Crossan respectively. There was a prize for best guest which was won by Jordan Duffy. 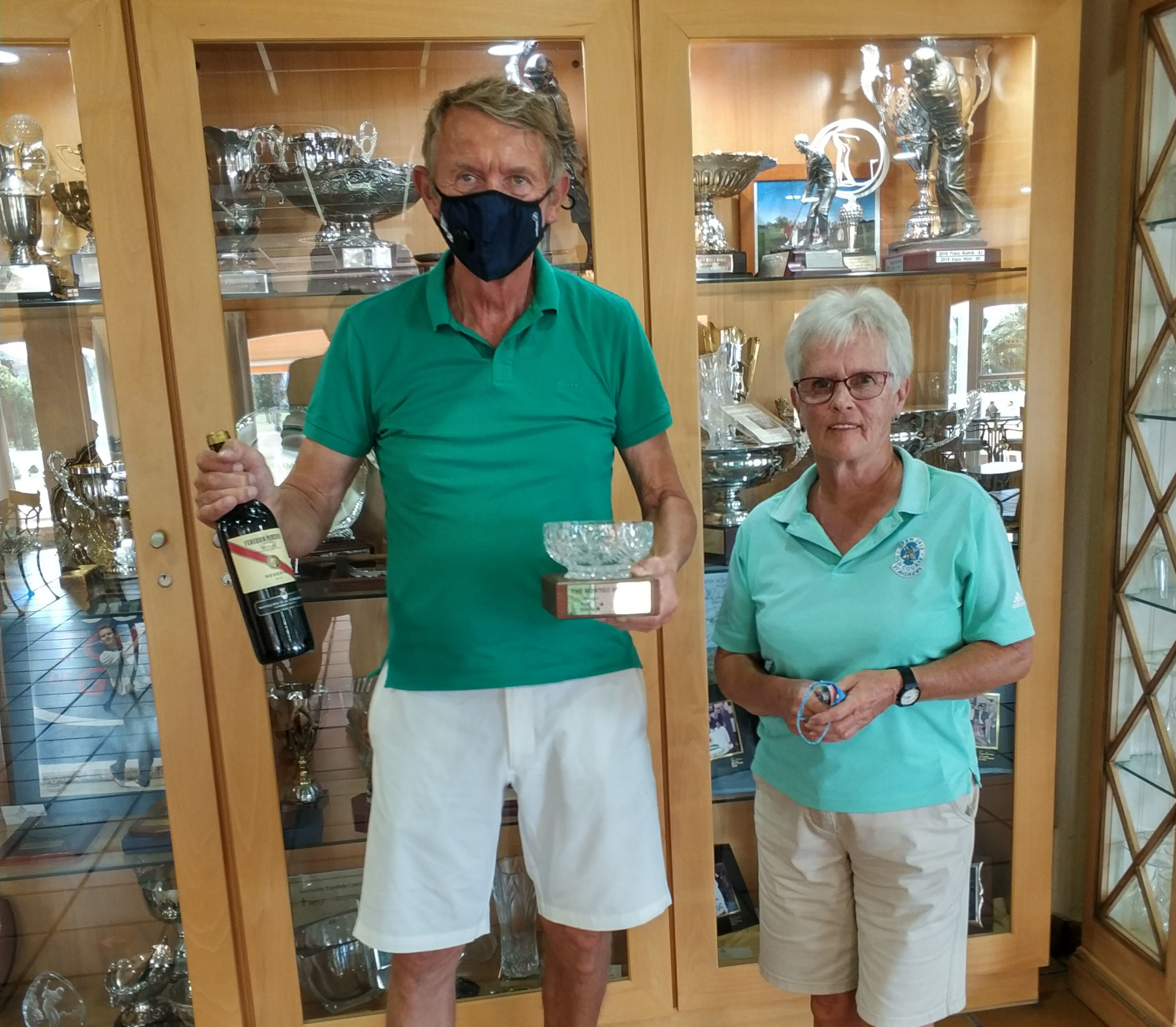 One additional prize was awarded by George Braddick who celebrated his birthday on 21st October – which he reminded everyone is Trafalgar Day – this prize received by Stella Fox by virtue of her coming in 21st place in the competition.

Next Friday’s competition is a Stableford, sponsored by Tom Atkinson.