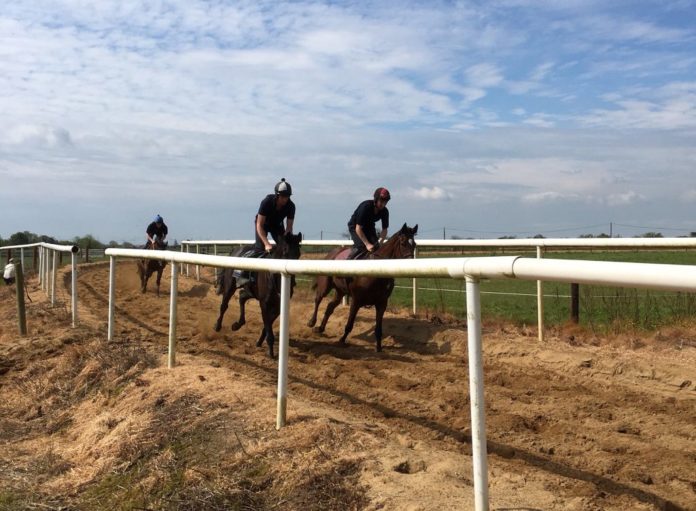 O’Brien, who has saddled eight previous winners on Qipco British Champions Day, rolls out a cortege of his big guns on the 10th anniversary of Ascot’s showcase meeting.

O’Brien, who suffered the consequence of horses being withdrawn from the Arc de Triomphe at Longchamp, due to contaminated feed, said: “We had to think hard about what we did with the horses that were due to go to France.

“For a long time their preparation had been geared around the Arc weekend – when you carry on for another two weeks it’s not always ideal.

“It can be tricky to keep the momentum going. We were looking forward to Arc weekend and the horses were training really well.

“We changed the route with them and we’ll see what will happen, but they seem to be in good form.”

On the Champions Stakes O’Brien said: “This has been the target for Magical since Leopardstown.”

Magical, ridden by Ryan Moore, was set to retire but the five-year-old has been kept in training, amid Group One triumphs at The Curragh and in the Irish Champion Stakes at Leopardstown.

“Her top-level tally stands at seven – she may well have been into double figures – had she not bumped into retired Enable, on several occasions.

“Enable has been a great filly and with Magical they had some great races together.

“We were delighted that it was decided to keep Magical in training – she’s in good form.”

Stradivarius (1.20) trained by John Gosden and ridden by Frankie Dettori is tipped by fromthehorsesmouth.info to win the Group 2 Qipco British Champions Long Distance Cup over 1m 7f, in a race that sees Broome and Sovereign represented by O’Brien.

Sir Michael Stoute trained Dream Of Dreams (1.55) ridden by Oisin Murphy is tipped to win the Group 1 Qipco British Champions Sprint Stakes after victory in the Hungerford Stakes in August and the Sprint Cup win at Haydock Park.

Wonderful Tonight (2.30) trained by D. Menuisier and ridden by William Buick, winner of the Prix de Royallieu on Arc weekend, is selected by fromthehorsesmouth.info to follow-up in landing the Group 1 Qipco British Champions Fillies and Mares Stakes over 1m 3f.

The post A touch of Magic from O’Brien in Ascot Qipco Champion Stakes appeared first on Horse Racing News and Tips.