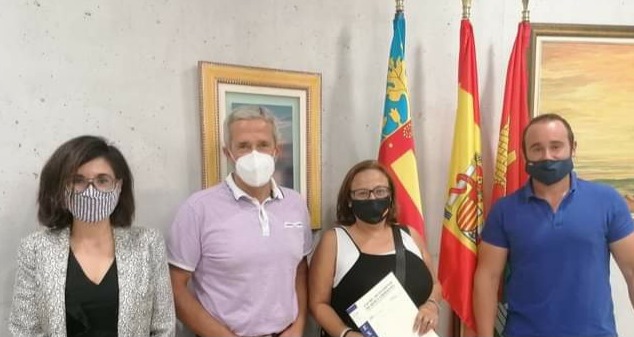 The Pilar de la Horadada Council has put pen to paper in signing collaboration agreements with the Thiar Handball Club and the Horadada Basketball Club.

The presidents of the sports clubs met with José María Pérez Sánchez, mayor of Pilar de la Horadada and José Antonio Martínez Delgado, councillor for Associations, assisted by the Secretary, to sign the collaboration agreement for the 2020 financial year with the aim of contributing to the promotion of sport.

However, a criticism came from Raul Moya Arenas from Pilar de la Horadada, regarding the football team UD Horadada.

“What about soccer? Nothing at all, we have been left without one of the greatest symbols and institution of the town as was our beloved UD Horadada – with 48 years of history.

“Now we do not know if there is collaboration with the other team, that is supposed to be in the Second Regional. There is still no news about football here in town – all sports except football,” said Raul.

The decision seemed a starange one, especially as the current mayor has been Football Club President and main funder for the last ten years.

It was announced in August Preferente Group IV UD Horadada will leave the Valencia FFCV category.

During the 1992-1993 season UD Horadada competed in Second Division B football.

Civil Guard arrest after drugs boat runs aground at Guardamar