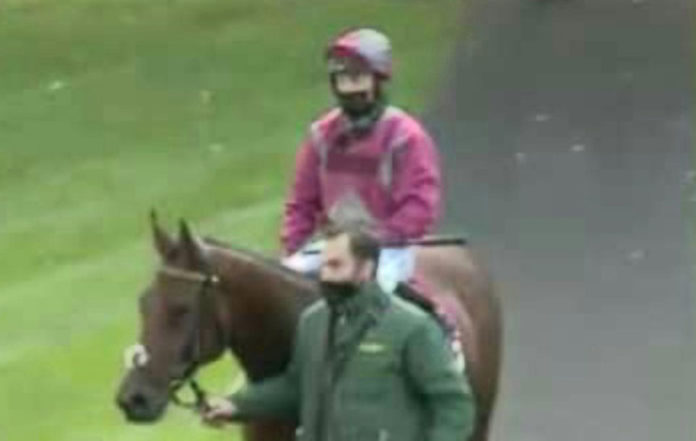 “Our legend Stargazer wins at Haydock Park – and Phil loved leading him back into the winner’s enclosure.

“A great ride by Ray Dawson, underlined by lots of top work at home at Green Oaks Farm stables from Samantha McNicholas.

“Massive congrats to Zoe and George Hassall, who we own him with, running in their colours,” said Pippa Kirby.

Stargazer was held up last by jockey Dawson, making good headway three furlongs out in the 1 mile 6 furlongs race, to lead at the 2f post, going clear 1f out.

Seven-year-old Stargazer, carrying 9st 4lb backed from 66-1, thwarted odds on 2-5 shot Goshen, who finished last, gaining a neck victory ahead of On To Victory ridden by James Doyle.

Stargazer, who won at Newcastle in April 2019, finished last of 17 at Haydock Park on September 5 and last of 21 at York in August.

Trainer’s wife Pippa added: “They do come back!”.