The funeral service has taken place of bowls legend David Bryant, with people lining the streets of his hometown Clevedon, in a final farewell following his passing, aged 88.

The funeral cortege travelled along Clevedon seafront and past the Promenade Bowls Club, where David started playing in the forties, ahead of arriving at Christchurch for the service. 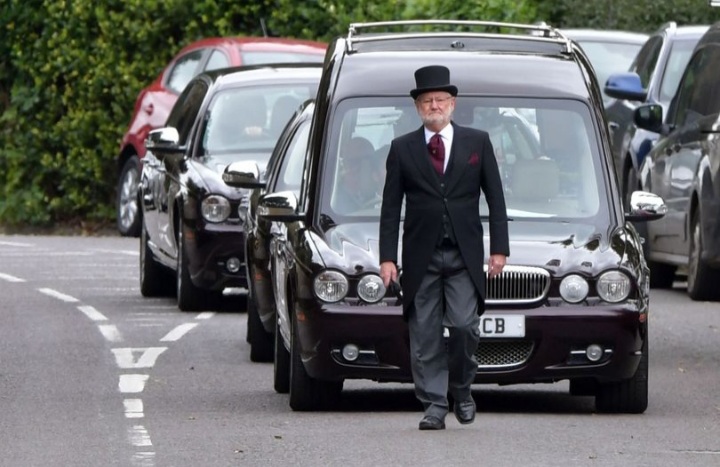 Due to the Covid 19 pandemic numbers attending the funeral were strictly limited to family and friends. As people entered the church, Moonlight Serenade by Glenn Miller was played.

The service, led by Sister Alice, featured the recorded hymns All Things Bright and Beautiful and Morning has broken performed by Katherine Jenkins.

The duo won the Somerset Pairs, the England Pairs and the British Pairs: “It was such an honour to be asked to partner him at the age of just 23,“ said Rhys Jones, who went on to partner David in winning 10 England titles.

Giving his eulogy, Rhys Jones said: “David will doubtless be remembered for putting on his game face. The clenched pipe.

“The iron concentration; the coolness under pressure, his ruthlessness and consummate skill.”

David Bryant, who resided at Poets Mews Care Home at the time of his death, was appointed MBE for services to bowls in 1969, and awarded a CBE in 1980.

David and his wife Ruth celebrated their Diamond Wedding Anniversary at the care home in April.