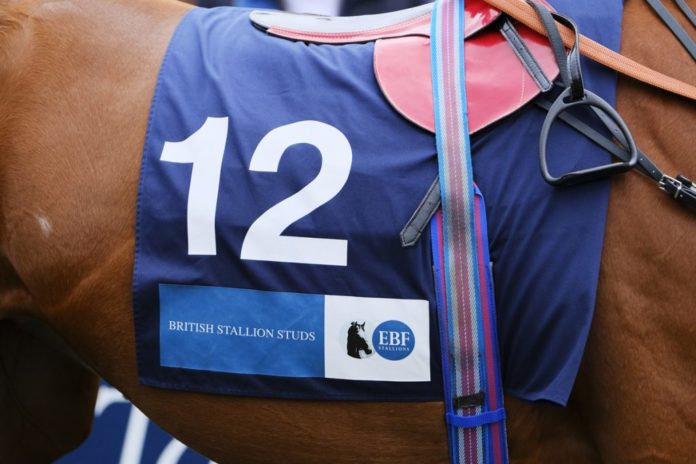 The British European Breeders’ Fund (British EBF) are supplementing prizemoney for British Flat racing by £750,000 between September and the end of 2020 – which will be available as enhancements above BHA minimum value.

With a return to a near normal race programme for the autumn and winter months, the British EBF are returning all contributions to pre-Covid 19 levels.

The largest monthly investment comes in September, when over £400,000 will boost prize money levels.

The news was welcomed across the industry, with all races carrying EBF conditions being run, between £1,000 and £25,000 above the minimum. Everything from Class 5 novice and maiden races, to Listed contests and fillies’ handicaps will benefit.

Jon Pullin of ARC commented on the importance of British EBF money in being able to provide these higher value races:

“ARC has a longstanding and positive relationship with the EBF, and we were delighted to once again welcome them to the St Leger Festival at Doncaster.

“Their contribution, combined with that which ARC are making, ensured prize money for the races to which they support will be run at the same level as previous years, along with the new Class 2 maiden for two year olds.”

The British EBF has been working closely with racecourses to ensure that 100% of EBF contributions are either match-funded or reflected above the minimum value of a race.

As the resumption of racing has progressed, the effect this extra prizemoney has had is significant, with, in many cases, EBF races being the only ones to exceed minimum value on a card.

“On behalf of the ROA and the Horsemen’s Group, we welcome the announcement from the British EBF that they will be supporting the revised fixture list from September to December, with a contribution to prizemoney which will exceed £750,000.

“We have seen significant downward pressure on prize money since resumption, so the work that the British EBF has done is very good news for all horsemen.”

Throughout the resumption of racing project, the British EBF has been supporting as many races as possible, within its remit.

The team are already working on ideas for the 2021 Flat racing programme, with exciting initiatives aimed at providing higher value opportunities to support owners across the board.

Since 1983, the British EBF has contributed over £36 million to prizemoney in British Racing and supports over 600 Flat races and 80 National Hunt races each season.