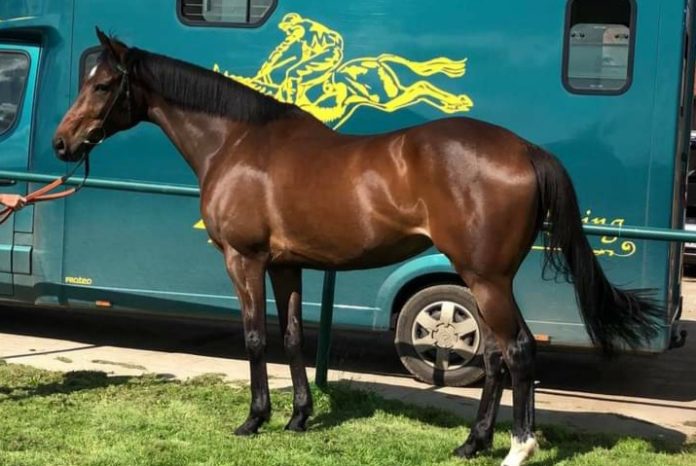 Philip Kirby trainer of Lady Buttons is to sit down with owner breeders Keith and Jayne Sivils to decide to race on, or retire as a broodmare.

Kirby will discuss the 10 year old’s future in National Hunt racing, after Lady Buttons’ scheduled run in a Listed Mares’ Hurdle at Wetherby on Charlie Hall Chase day, bidding for a third consecutive win, and a race at Doncaster.

“Following the Listed Mares Hurdle at Wetherby, Lady Buttons will head for the Doncaster Chase, before myself and owner/breeders Keith and Jayne Sivils decide to race on, or retire Buttons, so she can begin a second career as a broodmare,” said Kirby.

The daughter of Beneficial, Lady Buttons was arguably better than ever last season, winning three of her five starts.

Kirby, based at Green Oaks Farm stables in Richmond North Yorkshire, said: “She’s brilliant at present, really good and seems as good as ever.

“She’s doing plenty of work and seems to be going well, so far.”

Kirby added: “Maybe having time off with injury, when she was younger has helped. Maybe she has matured into a better horse.

“It will be one race at time. We will start at Wetherby, with the aim of going to Doncaster.

“I’ve watched her enough times to know when she’s working well, and when she isn’t. She’ll tell us when she doesn’t want to carry on.”

Lady Buttons last raced, when finishing seventh behind Honeysuckle in the Close Brothers Mares’ Hurdle at the Cheltenham Festival in March.

“I suppose I was a bit disappointed by how she ran at Cheltenham. I thought she might finish a bit closer than she did. Whether she doesn’t like the track, or she just struggled in that bit higher grade, I’m not sure.

“I’m not going to make any excuses for her, because she went there in very good form and it just didn’t happen for her on the day, but she’s been fine since.”

Kirby also revealed that Tommy Dowson will be the first choice jockey this season: “Tommy will be the main person this year. Ross Chapman is in every day and Sean Quinlan will ride out, as and when he can.

“There are lots of young lads, like Joe Williamson and Colm McCormack, so we have got plenty of options.”