Replacing long term sponsors was never going to be easy, but fortunately the popular Thursday league enjoyed a choice, the committee opting for “One Way Services ” the legal team with a main office in Quesada.

Managing director and solicitor Matt Smith set up the business 12 years ago, specialising in all things that migrants need to reside in Spain, plus much, much more, an absolute boon to the 200+ players in the league including their friends and families.

A second office, run by wife Jayne, sits within the Vistabella region. Jayne eventually persuading Matt to tie the knot after a number of years, 6 year old Harry completing the Smiths back up team.

Originally from Epsom Surrey, the family determined Spain was their home some 28 years ago, with Matt an 8 year old stripling. Now, fluent in Spanish, French and Russian, his time at university earned him a degree in Law and Philology, the science of language ( for anyone confused ).

Matt is also the Vice President of the Spanish Darts Federation, promoting the sport internationally, nationally and locally. A keen, useful player himself, (a 15 dart 501 well within his means) business permitting, we will see him on the oche during the coming months.

Darts apart, Matt has crewed 44 foot racing yachts in the Med until recently, now preferring more sedate travel with wife Jayne. Surprisingly his food first choice is a good old East End pie, mash and liquor washed down with a Cola or the occasional Bud.

The wide ranging legal expertise offered by One Way Services, will often mean one stop shopping for most, many of us requiring advice and direction, in the current changing political and economic environment. Matt, Craig or Jayne are there to answer your calls or e mails, just mention you are a “One Way Services” card holder.

One Way Services (OWS) will be supported this term by S.S.D. the tiling and maintenance contractors run by Shane Denness, the of El Capitan fame, the current league champions.

Shane set up the business 6 years ago after arriving in Spain from the lsle of Wight where he enjoyed a 30 year residency, earlier coming into the world from Robin Hood country, Nottingham. 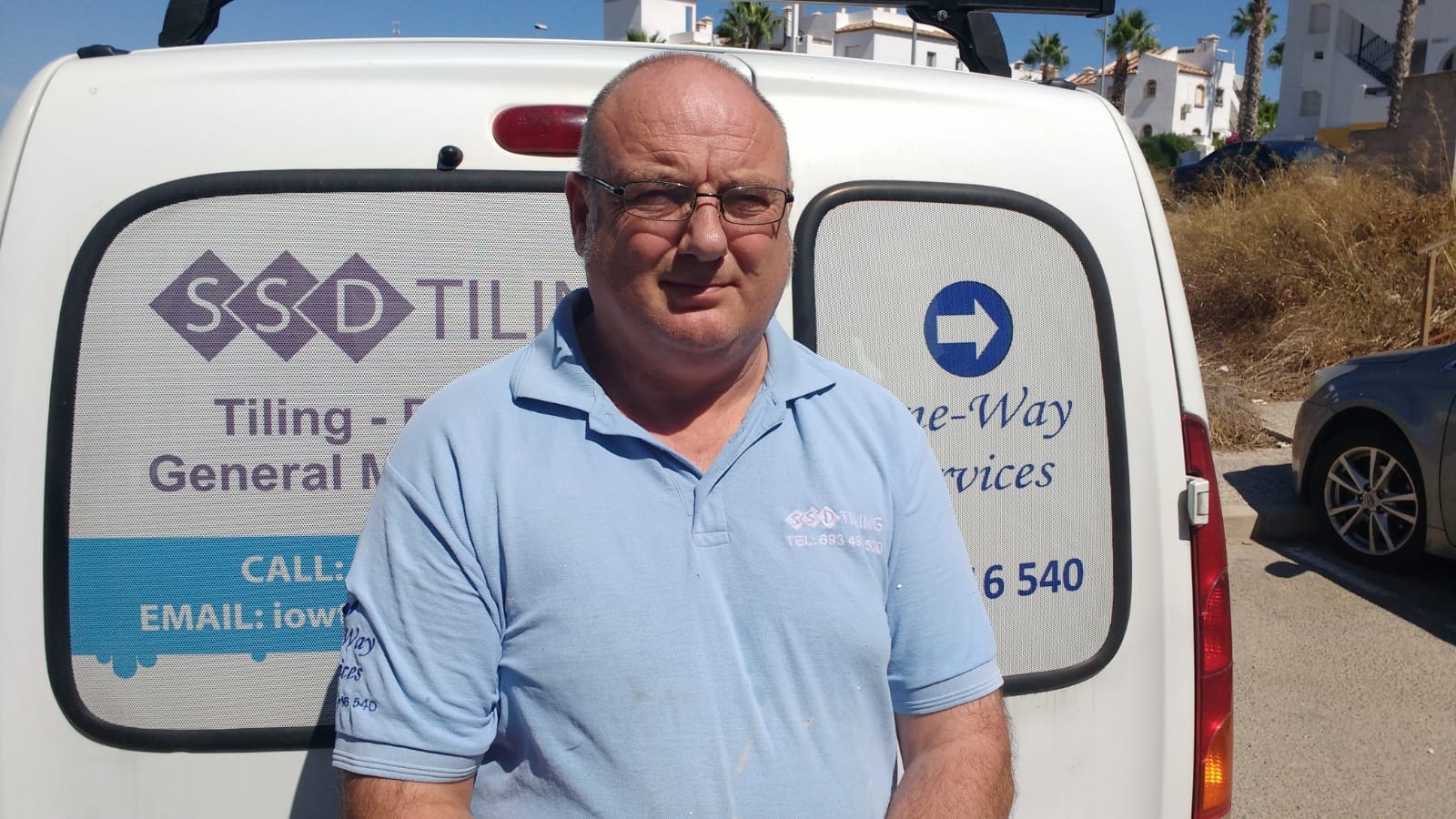 Married to Marion or Maz as they both prefer, Shane has 3 adult children, 2 boys and a girl. An occasional golfer and most definitely an armchair sports addict, his main loves are darts and pool. Having played the former for in excess of 30 years, the opportunity to befriend several pro players was too good to miss. Simon Whitlock and Keegan Brown are just two.

During his time on the l.o.W. he had the pleasure of chauffeuring the showbiz couple of Brian May and Anita Dobson. Sadly the impromptu chance of a singing or acting career fell on deaf ears and the driving continued.

The Mod also let slip his ambition to join the British Army was successful but short live. Seconded to the Catering Corps, he was medically discharged for an allergy to flour, just weeks after signing on. Ironically, on release, he was accepted as a driver for Rank Hovis. You couldn’t make it up!

Check out SSD for your tiling and maintenance requirements.