Messi, 33, who put in a transfer request in August, has agreed financial terms on a five-year contract worth a total of €700m (£623m) reports Record Sport.

The deal if it goes through will make Argentinian Messi the highest-paid player in the history of football.

Messi is said to be set to spend three seasons at the Etihad, before then joining Manchester City Football Group’s Major League Soccer side New York City FC for two years.

It is also reported that Messi could be offered an equity stake in CFG as part of his package.

The six-time Ballon d’Or winner has been at loggerheads with Barca since he handed in his transfer request amid losing out to Real Madrid in the race for the La Liga title this season and crashing out of the Champions League. 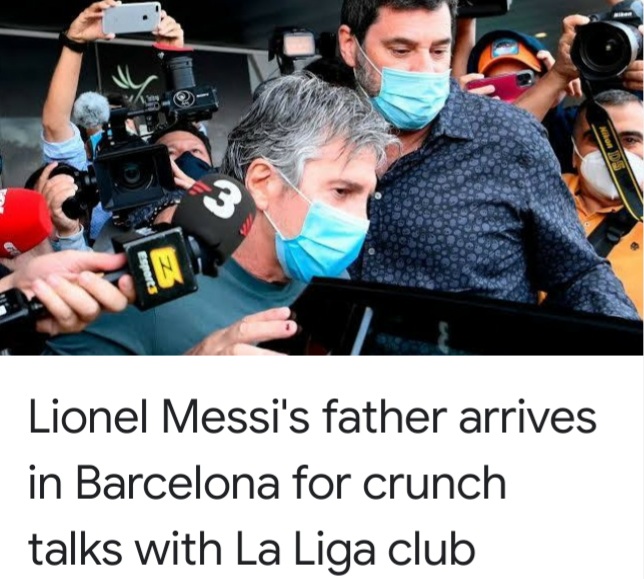 Messi’s father and representative, Jorge Messi, reportedly flew by private jet on September 1 from his home in Argentina city Rosario to Spain for showdown talks with Barcelona chiefs.

Barcelona reportedly claim Messi is on strike after failing to report for a COVID-19 test and pre-season training.

Messi has reportedly said that he no longer considers himself a part of Ronald Koeman’s squad following a bitter row over his contract.

Messi’s legal team claim he is now a free agent after faxing his transfer request and can leave without his huge 700m euros buy-out clause being paid, while Barca and LaLiga insist the contract terms are still in force.