Awarded the MBE and CBE for services to lawn bowls, I befriended gentleman David during the indoor bowls Championship at Preston Guild Hall in Lancashire.

At the World Indoor Championships at Preston Guild Hall in 1992 the world’s top players inaugurated the World Bowls Players Association.

The WPBA was later known as the Professional Bowls Association (PBA).  In 1997 the PBA’s proposals for opening up the Professional Sport and it’s ideas for development were accepted by the sport’s governing bodies, with the World Bowls Tour formed.

Preston Guild Hall was the venue for the first WBT International Open tournament, being the first ever PBA Qualifier.

David Tucker, Bowls England Board Chair, said: “David was an icon for many decades, whose name was synonymous with our sport. He was well-respected by all who knew him. My thoughts are with David’s family and friends at this time.”

Quote: ‘I certainly miss the smell of ‘Holland House’ – the aromatic pipe smoke which was so familiar to me when playing with him!’.

Tony Allcock OBE paid tribute to David Bryant, saying: “David had, in my opinion, uniqueness of inner strength above any individual when it came to playing this sport. He was 100 per cent focussed on the job in hand, nothing would deter him.

“He designed a delivery for himself that no other player in living memory has utilised to the same effect.  He had unequalled conviction in his approach and focus. He really was undeterred and would never ever lay down, until beaten.

“Always consistent in body language and personality; he could laugh with the opponent  then immediately stand on the mat and deliver an absolute killer of a bowl.

“In respect of technique his strength was, undoubtedly, the draw shot. This was closely followed by his drive, again unique in its execution with that recognisable self-designed statue.

“He is the greatest player that I have ever met for reading a green. His mould is unique. A man whose individuality within the sport bordered on eccentricity at times just adds to the fascination.

“It was usual in all tournaments requiring accommodation for players to share a twin room, so invariably we were roommates. The morning prior to the commencement of the World Singles, I awoke to find David sitting on his bed with a bowl in hand.

“From the pile of five sets of bowls which he had stacked against the bathroom wall he had taken a brand new set out from their wrappings and proceeded to deliver them up and down the bedroom carpet.

“Whilst I was still wiping the sleep from my eyes I saw David using sand paper on these new bowls. After I realised it wasn’t a dream I asked him what was happening.

“He revealed that he liked the feel of these new bowls, which he was going to try in the World Championships, but thought the problem would be that they would be too shiny!

“I certainly miss the smell of ‘Holland House’ – the aromatic pipe smoke which was so familiar to me when playing with him!” 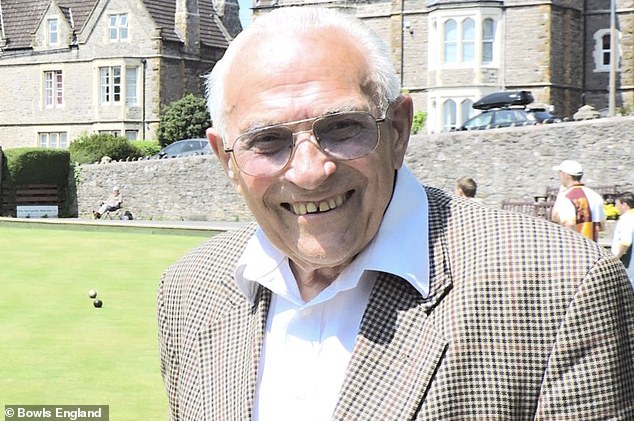