A variety of fish have returned to the area of Torrevieja on the Mediterranean coast of the Costa Blanca south after recent years seeing an almost disappearance of fish, due to there being no flora or fauna.

Diving into the waters of Torrevieja, in front of the Juan Aparicio promenade, today allows to enjoy a wide variety of flora and fauna, that has seen a return of spectacular colourful fish.

The good news comes on the back of the degradation of the Mar Menor – which has seen a shocking demise of fish species – after years of neglect.

The salt water lagoon in the Iberian peninsula, located south east of Murcia, is between four and seven metres deep and covers an area of 170 km2.

In 2016 it was reported the pollution was so severe, as to render the area close to ‘ecological collapse’ – with the water turning green. 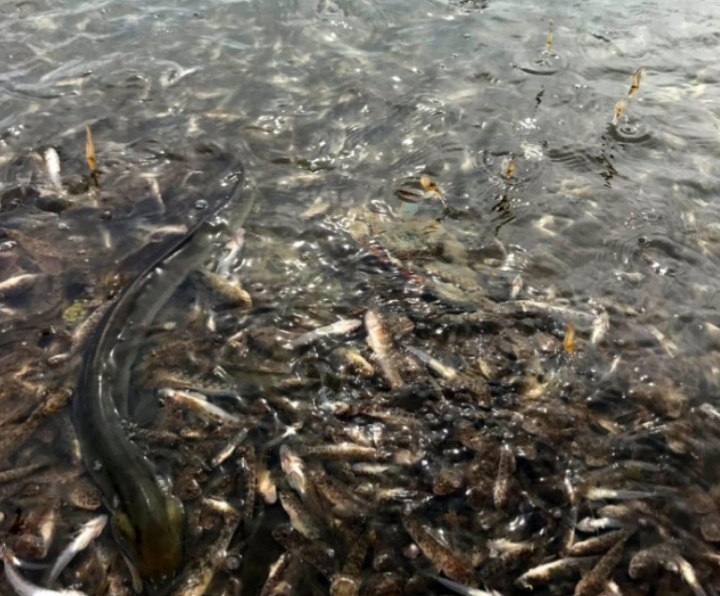 In 2017 all beaches of the Mar Menor were stripped of their Blue flag status, due to the pollution of 2016.

In October 2019, following the Dana – annual rainfall storms in September – it lead to thousands of dead fish lining the beaches, suffocating, due to lack of oxygen, during Spain’s worst storm in 140 years.

The Mar Menor is the largest salt lagoon in Europe. Land surrounding the lagoon measures 17,000 hectares and a finger is pointed at intensive farming for contaminating the soil and the groundwater, with nitrates from fertilizers entering the Mar Menor causing eutrophication, provoking the growth of phytoplankton, thus reducing the amount of oxygen.

In October 2019 crabs tried to escape through the rocks, shrimps piled on top of each other – making a paste – and eels jumped, as water boiled on the beach of San Pedro del Pinatar in south east Murcia.