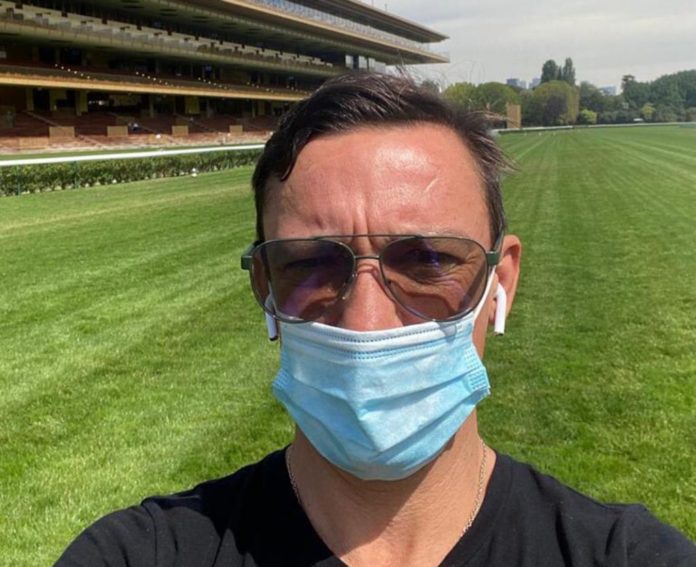 Frankie Dettori remains in France after his decision to miss York’s Ebor meeting that commences on August 19 paid off as he won on Mishriff and Palace Pier at Deauville – bagging a combined £400,000 winning purse – last weekend.

Dettori decided to ride the John Gosden-trained colt, despite new quarantine regulations regarding travel from France to the UK, leading to the Italian’s stay in the country will be extended.

“Myself and John discussed long and hard. Mishriff and Palace Pier are two stable stars – and I decided to swallow the quarantine – come here and take my chance,” said Dettori.

Talking on the UK imposed 14 days quarantine on people returning from abroad, Dettori, 49, said: “For elite sportsmen they have changed the quarantine rule from 14 to eight days.

“So I am prolonging my stay in Deauville to ride next weekend (August 22-23).”

The York Ebor meeting features the Group 3 Tattersalls Stakes and the Juddmonte Group 1 International Stakes on the opening day.

Absent Dettori said: “There’s nothing to rush back for at home at the moment – and it’s not a bad place to spend a week (France).

“I think I’ll have some chill-out time and there are also some good races on August 22.  I’m going to keep an eye on the entries and maybe get some rides.”

Dettori will be up on John Gosden trained Enable at Kempton Park on September 5, ahead of October’s tilt in the Prix de l’Arc de Triomphe.

Champion Flat jockey Oisin Murphy said ahead of the York Ebor meeting on his attempt to retain his title this season amid a plethora of winning rides: “There’s a long way to go yet”.