Despite losing their Brazilian forward Jonathas in the 27th minute for kicking out at the Zaragoza defender, El Yamiq, the Elche rearguard held out for a goalless draw in the first leg of their playoff semi-final on Thursday evening.

They now go into Sunday evening’s second leg game (ko 10pm) knowing that they need nothing less than a victory if they are to progress to the play off final against the winners of the tie between Almeria and Girona.

But it could have been so different as Elche took the game to their visitors during the opening period and were unquestionably the better team until the dismissal of Jonathas. 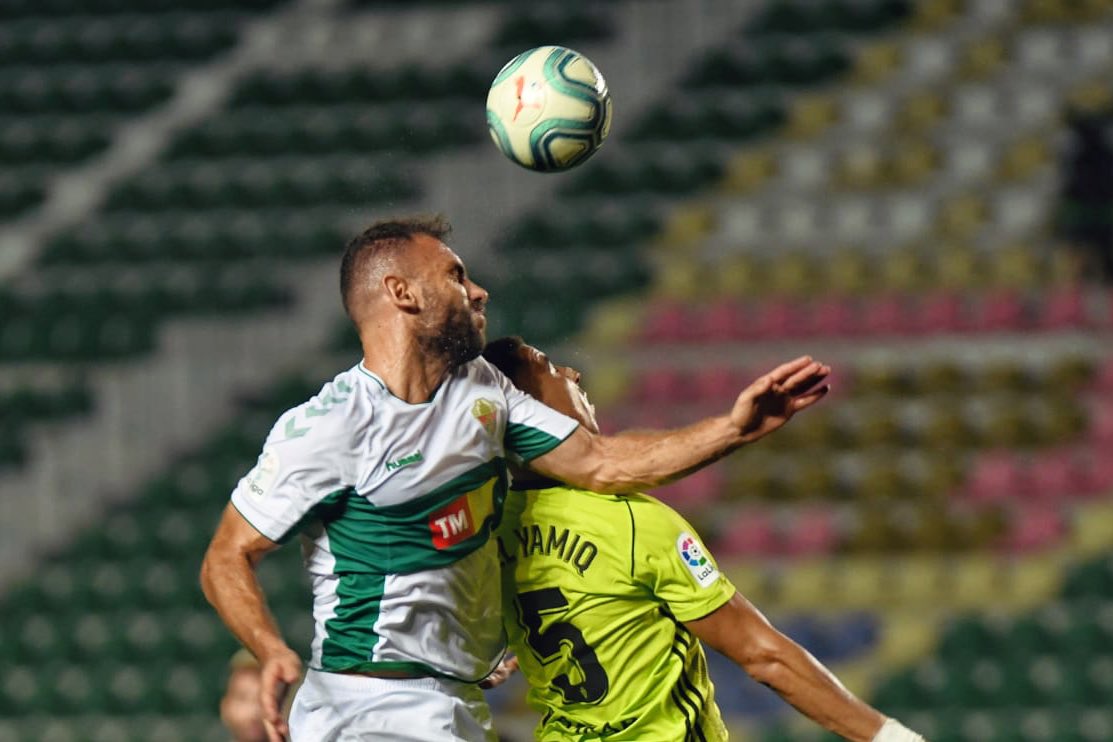 But as they sat back and defended the draw for most of the remainder of the game, chances were few and far between and the pace of the game was really slow.

Zaragoza were missing their leading scorer, Luis Suárez, who was called back last week by Watford following his loan spell with the Aragonese club and even with their one man superiority rarely troubled Edgar Badía’s goal.

Unfortunately, Elche too were unable to create very much in the opposition half, with keeper Cristian Álvarez rarely called into action.

So as the teams face up to each other once again in Zaragoza, Elche know that their dream of promotion will only continue with a victory at La Romareda on Sunday evening.