On Saturday 29 August, ko TBN, national division 2b side La Nucia will provide a stern test for manager Raul Mora’s men.  Then on Wednesday 2 September, ko 8pm, Murcian 3rd division side Mar Menor will cross the border, for what should prove to be an entertaining match.

As at time of writing, 75% of the ground’s capacity will be available for spectators’ use, although this could change depending on coronavirus directives.

Valencian football federation have placed Thader into group 6 of the Preferente division.  This group will consist of 14 teams, commencing the new season on 17/18 October.  There will be less travelling next season, for Benidorm CD, Racing Benidorm, CFI Alicante and Rayo Ibense, have all been placed in different groups. 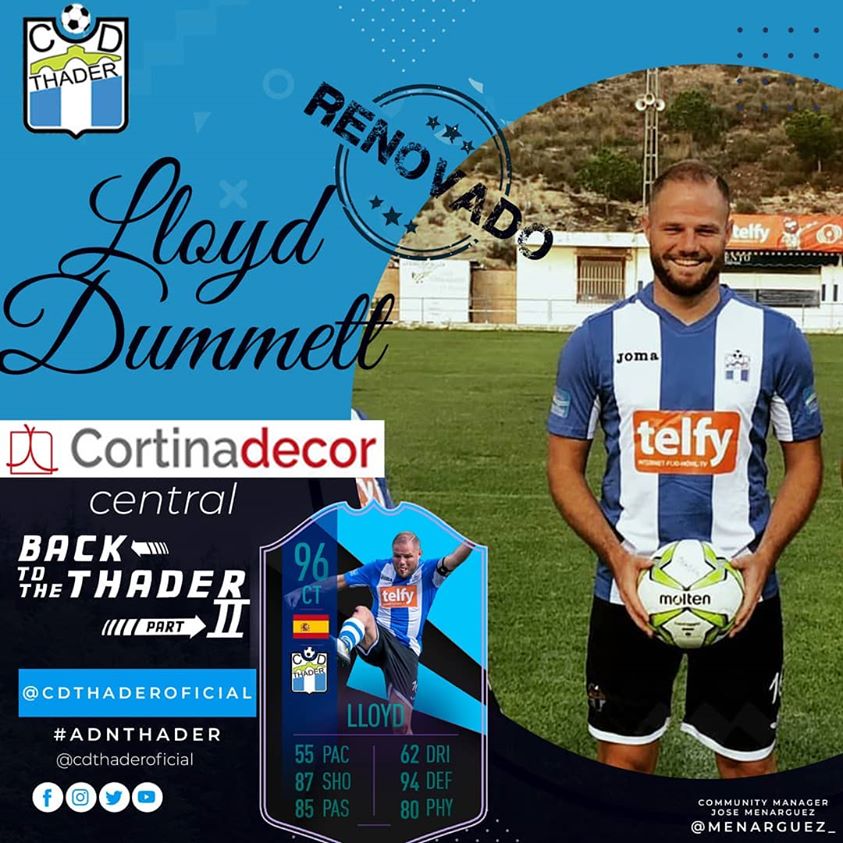 Every Thursday morning at Rojales outdoor market during August and September, club President Lloyd Dummett and various fellow directors, will have a stall selling season tickets plus club merchandise.

Season tickets will cost only 50 euros, with concessions for pensioners at 35 euros, 14-30 year olds (25 euros), whilst under 14s will gain free entrance.