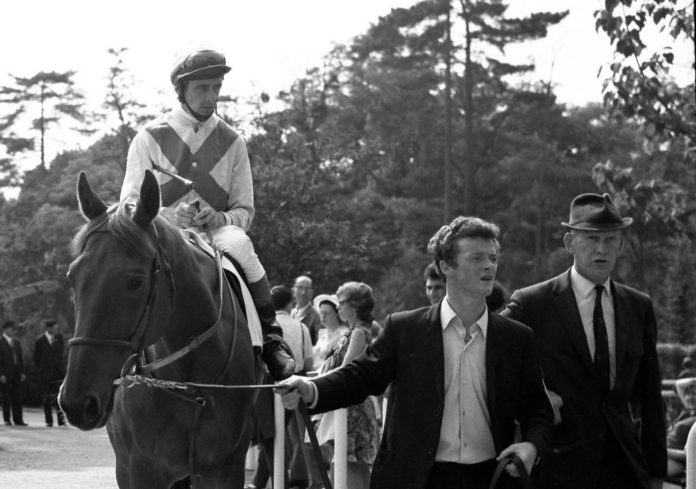 Brough Scott led the tributes to Mellor having been a fellow rider as an amateur: “He was a pioneer and a mentor, and a worker for other people,” said racing broadcaster Scott.

“But he was a brilliant, brilliant champion jockey. The ultimate brain over brawn.

“He could do things others couldn’t, people have a particular shot they can play in cricket, or a move at football. Stan Mellor. ‘Wow’! He was amazing,” said Scott.

Mellor rode Frenchman’s Cove and Titus Oates in the 1964 and 1969 King George VI Chase and was up on Stalbridge Colonist when beating Arkle, in receipt of two and a half stones in the 1966 Hennessy Gold Cup.

Mellor also rode victories in the Whitbread Gold Cup and Mackeson Gold Cup. And was successful as a trainer in winning the Triumph Hurdle and Stayers Hurdle.

“He did two things on horseback which no one else did, or has done since. In pulling the horse back and relaunching it, it gave the horse a breath and changed its mind.

“The horse is beaten, and accepts that he’s beaten. It was a trademark switch. If you were riding against him, you’d think ‘crikey, what the hell’s he doing, where’s he going now?’

“His particular thing, over fences, to do with his show-jumping background, he would wind a horse up and launch it at the last fence with a rhythm and power that would be a match-winning leap.

“They never missed. He had it down to a tee, and when he wound them up like that, he knew what he had beneath him, and he timed it for an unbelievable match-winning blow.

Based in Lambourn, prior to moving to Pollardstown stables in Swindon, named after his 1997 Triumph Hurdle winner, Scott added: “He was absolutely extraordinary.”