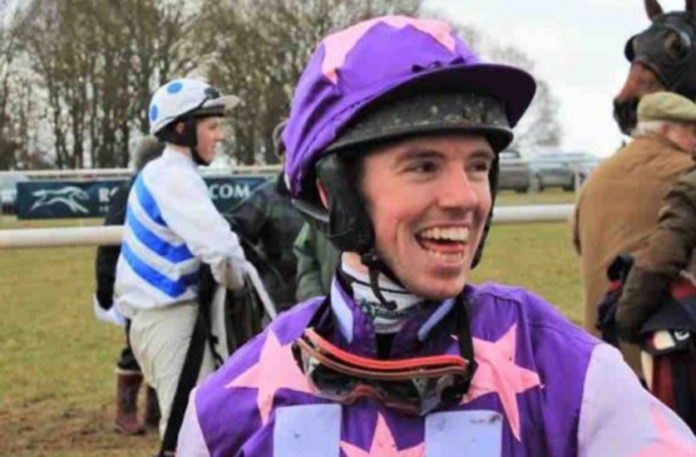 Aspiring jockey Jacob Pritchard Webb, 23, has been told by medics he will never walk again after a horrific fall at Auteuil racecourse, in Paris, causing serious damage to his spine.

Jacob’s parents, Matt, 45, and Kelly, 42, have spoke about the devastation: “Jacob had a few wins in a really short space of time – things were really taking off. He was riding at Auteuil – equivalent to racing at Cheltenham.”

The accident occured after the horse jumped a fence, staggered and stumbled, throwing Jacob off and landed what has been described ‘like a javelin on his head’

His parents watched it happen on TV: “Not knowing was awful, but fortunately his friend was in the same race and he managed to get his phone to the ambulance he was in. My wife, fortunately, managed to get through to him,” said Matt.

Jacob told his parents: “I can’t move. I can’t feel my legs.”

Jacob was hospitalised in France, where doctors discovered his spinal cord had become compressed and he had broken his sternum, several ribs and damaged a lung.

The doctors told him he will never walk again. Jacob, who is hoping to prove medics wrong, is planning to become a bloodstock agent and is studying in hospital.

“Bloodstock is something he was probably going to do, when his career ended. Days after his injuries he said he wanted to speak to a bloodstock agent,” said Matt.

A fund raising page has been set up to help Jacob with his recovery.

If successful in proving medics wrong, the equipment Jacob has used and no longer needs, along with any extra funds, will go towards the Injured Jockeys Fund. To donate towards Jacob’s recovery, you can do so by clicking here.