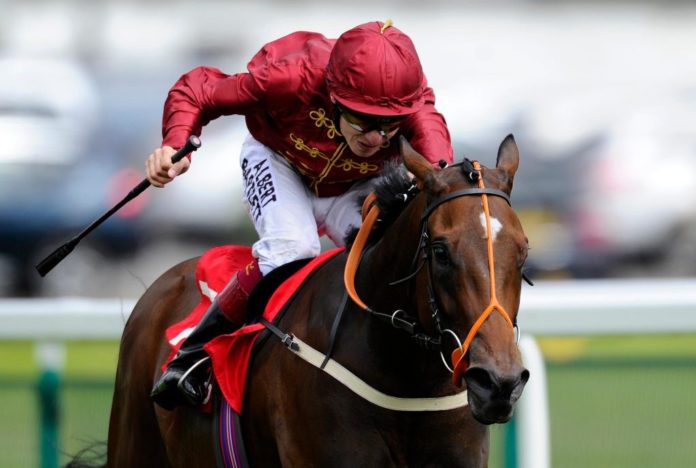 Former champion Flat jockey Jamie Spencer has been given the go-ahead to return to race-riding following a long spell on the sidelines, having broke his hip on the gallops.

“It has been a long three months since I suffered my injury on April 17. I’m delighted to say that I passed all the relevant tests and I have been cleared to return this weekend,” said Spencer.

County Tipperary born Spencer, 40, sustained injury in mid-April in Newmarket – after a horse spooked and slipped over.

Writing in his Unibet blog, Spencer added: “Dr Jerry Hill, the BHA’s chief medical adviser, has seen the reports, and also spoke to my consultant earlier in the week, and he is happy for me to book rides as of now.”

The milestone made former Irish and English champion jockey Spencer only the 22nd jockey to ride 2,000 Flat winners in Britain. Spencer was the champion apprentice in Ireland in 1999, notching up 46 winners.

“My recovery has been slow and sometimes frustrating and getting the balance right, as regards training versus the pain levels has been interesting and challenging, but thankfully I have now reached the point I targeted from the morning after surgery,” said Spencer, who won the Irish 1,000 Guineas on Tarascon in 1998, aged 17, the youngest jockey to win a Classic.

“I have been very fortunate that I have had a great team advising and encouraging me from day one of the injury,” said Spencer, educated at Kilkenny College.