Every day two robberies with force take place on properties located in Torrevieja. The Ministry of the Interior has recorded a total of 179 assaults on homes during the first quarter of the year, making it the city in the Alicante province where crimes of this nature are most committed, more even than the Alicante capital, which has four times the population.

Its residential distribution model, with many large urbanisations dispersed throughout the municipal area, which are occupied only during certain times of the year, is one of the factors that, in principle, might explain why it occupies first place in the ranking of robberies, of those towns and cities with more than 30,000 inhabitants.

The figures, published in the Statistical Crime Portal of the Government, reveal that robberies committed with force in homes increased by 21% between January and March of this year compared to the same period in 2020, a disturbing figure, particularly if one takes into account that during the last fortnight of the quarter the state of alarm had been decreed and people were confined to their homes.

At the provincial level, house assaults decreased during that same period by 17%. They were reduced in Alcoy, Alicante, Benidorm, Dénia, Elche, Elda, Orihuela, Petrer, Santa Pola, San Vicente del Raspeig and Villena, increasing only in Torrevieja and La Vila Joiosa, where there was a 107% increase with 29 robberies taking place.

“The urban configuration of Torrevieja is more susceptible to this type of crime due to the number of houses, spread over multiple urbanisations, unlike, for example, cities such as Benidorm, where they are much more concentrated”, said ​​the councillor for Security and Emergencies of Torrevieja, Federico Alarcón.

He also states that in the last year he has requested on three occasions that the Government increases the strength of the Civil Guard, which is currently around 150, a request, he stresses, that has not yet been met.

The Local Police are made up of about a hundred agents, although obviously not all are on patrol. “At this time, on average we have about six cars out in the morning, four or five in the afternoon and two or three at night,” says the councillor.

“The situation regarding our lack of personnel has worsened even more since the outbreak of the covid-19,” says the councillor, “when, in addition to the increase in summer visitors, when the city receives nearly 400,000 additional residents, there is the need to establish new patrols to control capacity in bars and restaurants, discos, and to allocate officers to deal with the illegal sale of products across the town, where the ‘looky looky’s’ tend to operate. “Their workload is increased enormously but it has to be accomplished using just the same number of policemen,” adds the councillor. 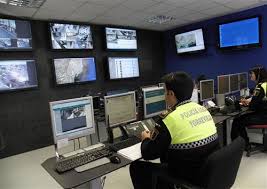 One area in which the City Council is planning to invest is with the renovation and maintenance of video surveillance system Vyriato (Intelligent Video and Radar Assertive Torrevieja), with a planned spend of 100,000 euro.

It was launched in 2011, at a cost 1.7 million euros and has nearly two hundred cameras spread across various parts of the city. “It is an initial investment which has been included into the budget, but the objective is to be able to expand it to improve the service,” said Alarcón.