Five people have been injured, two of them seriously, following an explosion at the Repsol petrol station at the Plaza de España in Cartagena, close to the city’s port. A 29-year-old man is in critical condition with 90% of his body burned and another 40-year-old man who had suffered burns on 20% of his body surface is said to be in a serious condition.

Murcia’s 112 Emergency Coordination Centre received several calls notifying them of the incident at around 11.45 this morning. Apparently, some workers who had travelled down from Madrid were working on one of the underground tanks which they were cleaning and modifying to adapt it to new regulations.

According to municipal sources they were using a radio that caused a spark to occur, resulting in the explosion. “It felt like an earthquake,” eyewitnesses in the area explained. 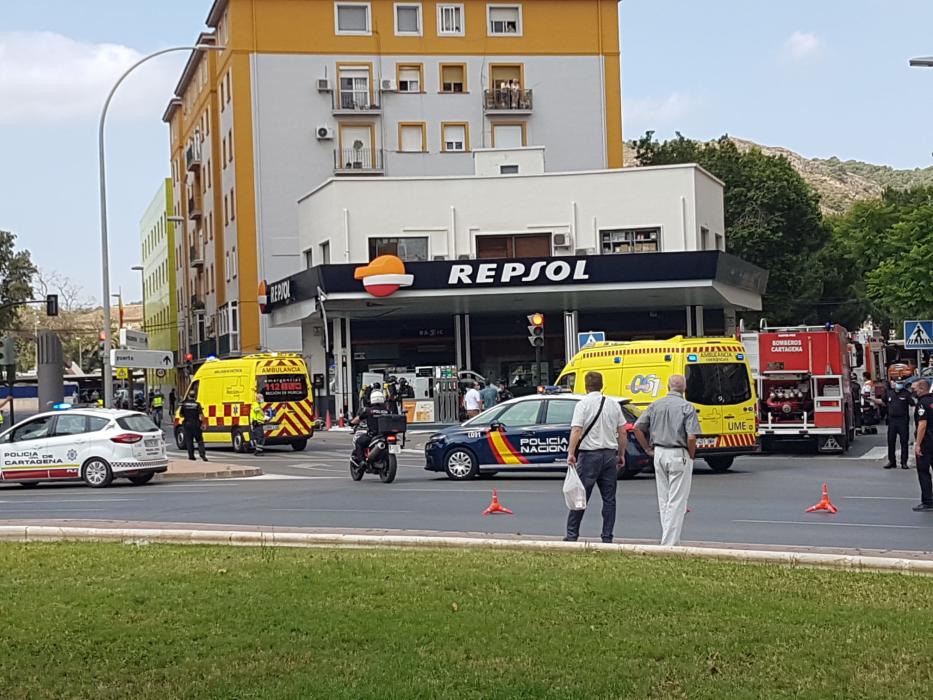 In addition to the two seriously injured, who were working on the tank and have been transferred to the La Arrixaca Burns Unit, three other people have been hurt. These are three women of 23, 40 and 80 years of age, have all been affected by anxiety attacks and, in the case of one of them, by inhalation of smoke. The 80 year old also incurred bruises when she fell to the ground.

Firefighters have worked on the site, cooling the area where the explosion occurred with foam to avoid new outbreaks. In addition to the medical personnel who have treated the wounded, members of the Civil Protection and National Police also attended the incident which has been reported to the Institute of Occupational Safety and Health of the Region of Murcia.