Family man Vazquinho – Vaz – puts his wife and two children at the front of his life as a football star in the Valencia 1st Regional Group 8.

“Of course, the family is the base of your life,” said striker Vazquinho, who lives in Los Montesinos in the Vega Baja region of the Costa Blanca south.

“I try to enjoy them, whenever I can, due to the training, the matches and work, because of the little time I have dedicated to them,” said Vazquinho.

Vazquinho has been part of the football scene for a long time, departing CD Montesinos last year, ending his third spell at the club.

“It was a big decision to make, but the right one,” said Vazquinho, who helped Racing San Miguel finish third in the coronavirus-hit 2019-20 season.

Fixtures were postponed in March, due to health and safety concerns amid COVID-19 lockdown, that saw the FFCV cancel the campaign, due to the ongoing situation.

“The coronavirus stopped us, when we were getting better as the season progressed. We knew what was ahead and were ready to face it,” said Vazquinho.

“What a shame – but the project continues going into the 2020-21 season,” said Vazquinho.

After his first season at Racing San Miguel, Vazquinho has signed a new contract for the forthcoming campaign, under manager Willy.

“I renewed my contract with Racing de San Miguel, because my first year has been very good,” said Vazquinho.

“That was despite the fact that I started the season injured and the management bet on me, along with my coach Willy,” said Vazquinho.

“Willy has brought in a young network, with experienced players and has clear ideas,” said Vazquinho.

“After the first season my feeling was very good,” added Vazquinho.

Away from football, Vazquinho remains in touch with friend Jayme Fonesca, who is running for Mayor: “Jayme Fonseca is a impresario who, in his day bet on me – and other players – in my town.

“He is a man with a big heart – who tries to look after the poor classes. Today he is named as a candidate for Mayor of a  town in Europe,” said Vazquinho.

“And I know that if he wins, Jayme will help many poor children, who will play soccer, like me,” added Vazquinho. 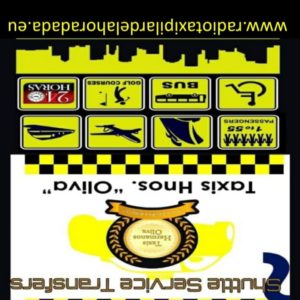