Over the last twenty years, British Grandmother Christina Pomfrey, from Runcorn in Cheshire, has pocketed over £1m in UK benefits, thanks to an intricate plot of deception, which involved her pretending to be blind and suffering from multiple sclerosis.

Pomfrey used two different identities while pretending to be both blind and suffering from multiple sclerosis, as she accessed pretty much every benefit, from income support, to housing benefit, to disability living allowance, as a result of which she received all kinds of social assistance, including payments of £13,000 a month.

Now the 65-year-old woman has been convicted of fraud, false accounting, and manufacturing or supplying items for use in scams, as a result of which she was sentenced by Circuit Judge Sophie McKone to three years and eight months in prison.

Pomfrey began to apply for benefits using her second husband’s surname. She claimed to be single and to lack financial support. She also claimed that she needed help “getting out of bed, going to the bathroom, washing, dressing, doing housework, shopping and banking.” She even said that family and friends looked after her and forged letters from them which she sent to the local authorities.

And while this was going on she was holidaying in places such as Benidorm, the Dominican Republic and Madeira. 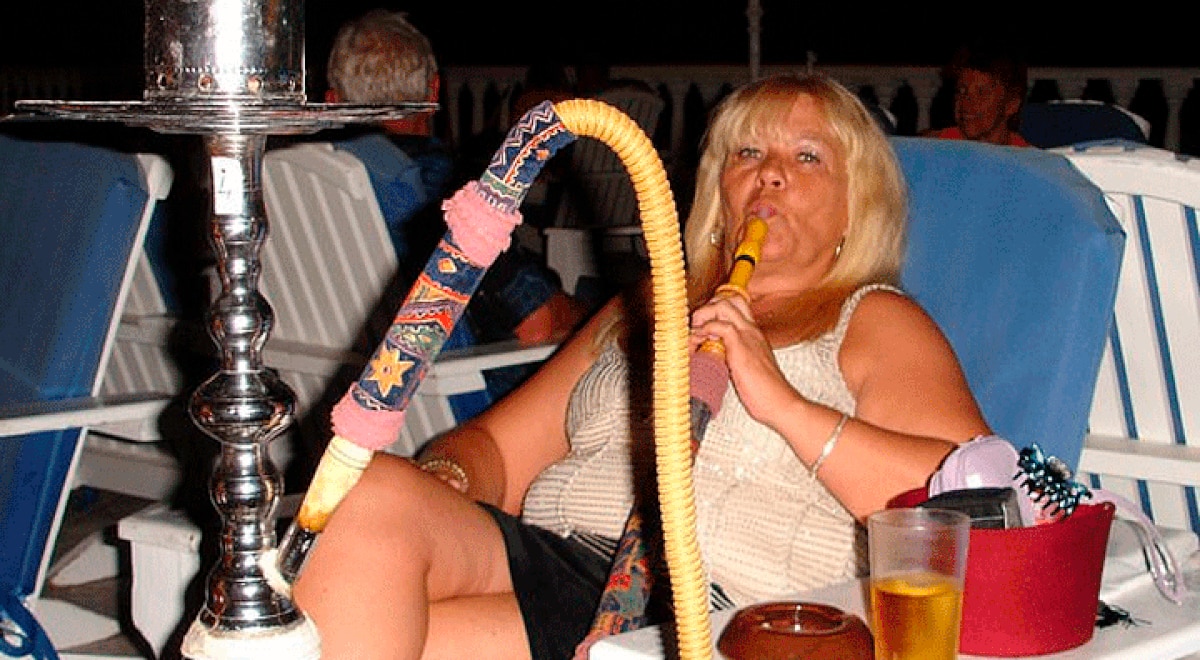 Her third husband, whom she married in 2005, said that he was completely unaware of Christina’s convoluted plot. “She has destroyed my life and I cannot forgive her. She is the most cunning woman I have ever met,” he said in an interview.

When they first met she claimed to be a millionaire who owned a string of newsagents across Liverpool. However the reality was she had once worked at a newspaper kiosk from which she was sacked for stealing money from the till.

“I think she married me because I had another name that she had not used before and I lived in another county that she could use for her scams. I feel stupid,” John confessed. In addition, he revealed that sometimes his wife received visits from the social services, but she always insisted that he was out when they called.

The woman’s neighbours also said that they were absolutely amazed at the way she had managed to deceive the State for so long. “I saw a wheelchair outside her house and I said, ‘What’s that for?’ She told me, ‘Because I need it,'” explained one of them, who added that the chair had never been used.

Only in 2017 did the British Department of Work and Pensions start investigating Christina. She was recorded doing everyday activities, such as reading a newspaper, driving, or picking up her grandchildren from school, at which point she was arrested, along with her husband, and their homes in Runcorn and Oldham were both searched.

They asked John about her blindness, to be told that he was astonished as she drove herself around. After 15 years of marriage, Christina Pomfrey’s supposed lack of eyesight came as a complete surprise to her husband. But that was just the start of it. He said that he was very disappointed with his wife, and that he had also taken out loans on her behalf. He said that he had no idea his wife was making fraudulent claims.

No charges were brought against Mr Pomfrey, but DWP investigators did find that, over six years, £90,000 of benefits was paid into a bank account belonging to her daughter, Aimee Brown of which Brown kept almost £71,000. She was charged with money laundering, receiving an 18-month suspended jail sentence.

The court heard she was ‘hoodwinked’ by her mother.