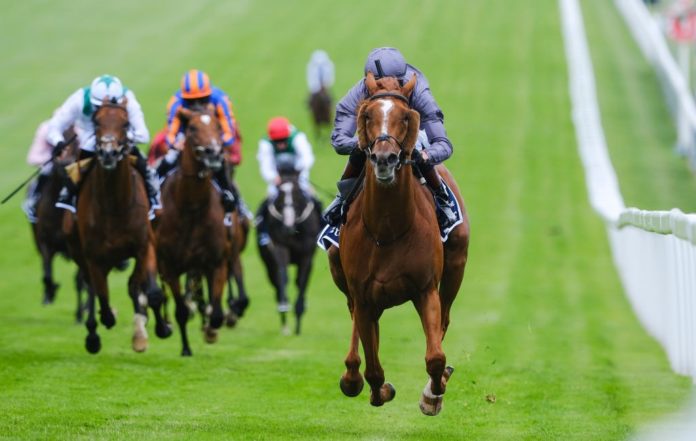 Serpentine’s shock 25-1 win in the Investec 2020 Derby at Epsom on July 4 was described by Flat champion jockey Oisin Murphy – in the wake of huge criticism of punters after Aidan O’Brien’s six raiders bore unexpected fruit, saddling the winner and third in Amhran Na Bhfiann at 66-1.

Ed Dunlop trained English King, ridden by Frankie Dettori, was amongst jockeys criticised for geering up their runs from the back; finishing fifth.

Serpentine, ridden by Emmet McNamara, gained a five and a half lengths win, ahead of Khalifa Sat (50-1), under jockey Tom Marquand.

“If someone offered me the opportunity to sit with cover, three back, one out pre-race, I’d have been very pleased,” said Murphy.

“He came out quick and as a result, I spent the first 400 metres putting the handbrake on, in order to let the pace go,” said Murphy.

“The issue was that looking in front of me, the likes of Max Vega and Khalifa Sat were in top gear,” explained Murphy.

“I’m not going to make a mid-race move – in a Derby – when I’m trying to conserve as much energy as I can, so I couldn’t really see how far clear Emmet was at any stage, until I came around Tattenham Corner,” said Murphy.

“If you ask any jockey riding in the race, if we had our time again, would we have tried to sit closer to Serpentine? We possibly would have tried.

“But could we have sat much closer, given that the horses in front of me couldn’t sit much closer, because they were flat out?,” said Murphy.

McNamara, somewhat surprised by the lack of a challenge, only heard the sound of his own horse breathing: “I thought I was getting quite an easy lead. I never looked behind me – but I couldn’t hear a thing.

“I was imagining they were ignoring me a bit – that’s what makes it even more surreal. I can’t believe it.”

Neither can the punters, amongst the 2.3 million viewers who watched the race on tv, with the behind closed doors meeting, due to COVID-19, usually attended by 100,000  spectators.