As flights from Britain to Spain begin to increase – including arrivals at Alicante-Elche airport – after the easing of travel restrictions and the UK set to scrap 14 days isolation return policy, a leaked government league table has revealed the towns and cities with the highest rates of Covid infections.

The COVID-19 table has flagged up nationwide hotspots in the UK, with Leicester having 135.7 lab-confirmed cases per 100,000 people, in the week ending June 28. Parts of Leicester have returned to lockdown.

A UK Government source said: “We’re monitoring the situation hour by hour and won’t hesitate to lockdown other places if necessary.

“People must be sensible and observe social distancing rules or their home town or city could be next.”

Susan Hinchcliffe, leader of Labour-run Bradford City Council, said: “We know that figures from Public Health England show Bradford with a high number of infections, along with a number of other northern authorities, although we are some way behind Leicester. 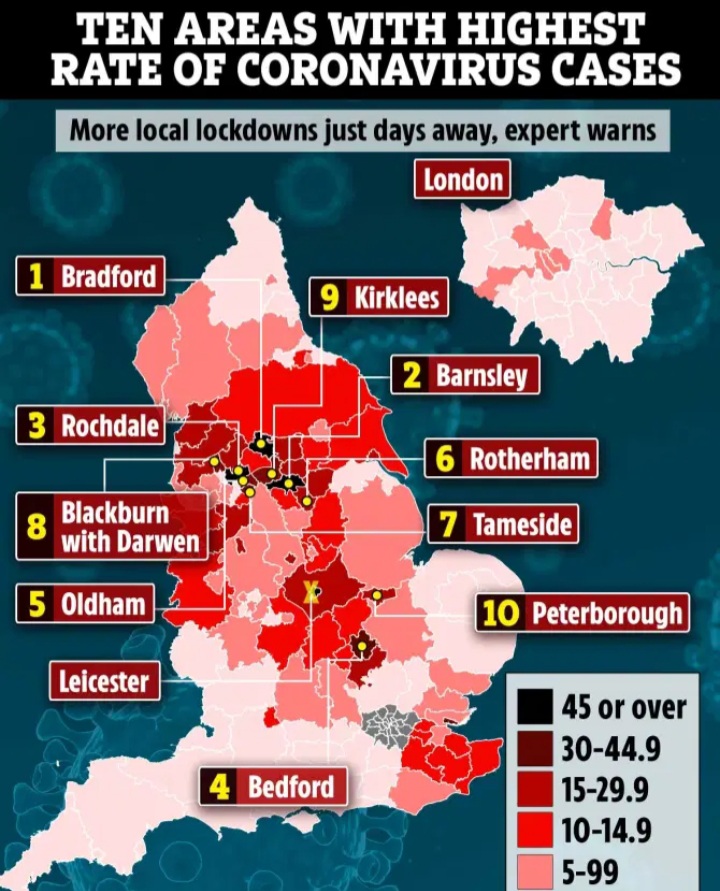 “The number of people testing positive for the virus is still too high and we continue to work hard with all our partners to prevent infection spreading as no-one wants a second lockdown.”

The leaked league table shows the infection rate in Leicester was improving, at the time it was placed back into lockdown.

Strict health and safety guidelines are in place during flights, and upon arrival at Spanish airports.

People will also have to wear masks, when in enclosed areas in towns and cities in Spain, including entering supermarkets and bars/restaurants amongst social distancing along with other protocol measures, such as sanitation.

Irish Lotto Results, Plus 1 and Plus 2, Lottery Winning Raffle Numbers for Saturday, 12 June, 2021