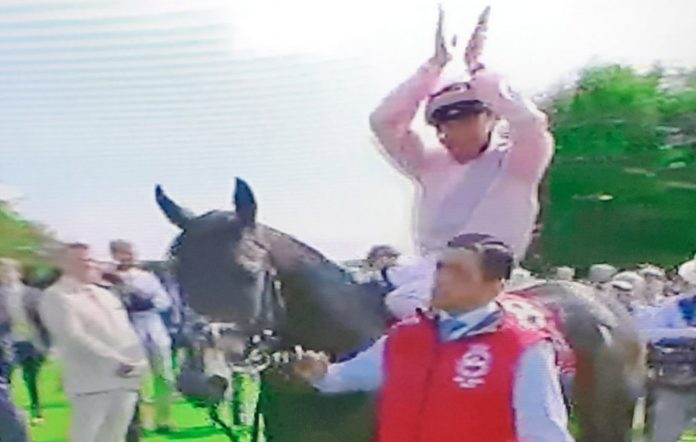 “The Derby for us is everything – a race you want to win,” said Dettori, 49, bidding for his third Derby success after riding Authorized (2007) and Golden Horn (2015) to victories in the Classic.

Due to COVID-19 health and safety guidelines the meeting will be without spectators and Dettori said: “Despite this year’s race being behind closed doors, the race will be just as good.”

Milan born Dettori MBE, who has ridden over 500 Group races, Flat champion jockey three times during an illustrious career, having been apprentice for trainer Luca Cumani in 1985, after leaving school aged 13, to become a stable boy.

Dettori touched on retirement after decades in the saddle: “Am I going to retire? I have no plan. I’m not going to be around forever – but still feel good to carry on,” said Dettori.

Mogul 5-1 (ew) trained by Aidan O’Brien and ridden by Ryan Moore is worthy of support in the slashed £500,000 Derby prize pot.

Dettori is up on John Gosden trained Frankly Darling in the Class 1, 1 mile 4 furlongs Investec Oaks; but fromthehorsesmouth.info tip Love (3.40), trained by Aidan O’Brien and ridden by Ryan Moore, is out to thwart the Italian star.

Modern News (1.50) trained by Charlie Appleby and ridden by William Buick is selected to land the Class 2 EBF Stakes over 6 furlongs.

Rose Of Kildare (4.15) trained by Mark Johnston and Summer Romance are both each-way selections in the Princess Elizabeth Stakes G3 Class 1 over 1 mile.

Dirty Rascal (5.35) and Knowing Glance are selected each-way by fromthehorsesmouth.info in the Class 3 Investec Zebra Handicap over 7 furlongs.