A fire broke out in fields on the La Herrada urbanisation in Los Montesinos today with billowing black hitting the sky on the edge of the Vega Baja hamlet town.

The fire was discovered while carrying out police surveillance in La Herrada, when the patrol became aware of the fire, which lead to a 112 call that saw Torrevieja firefighters, Guardamar Forest Guard and an Environmental Agent from the Generalitat Valenciana race to the scene. 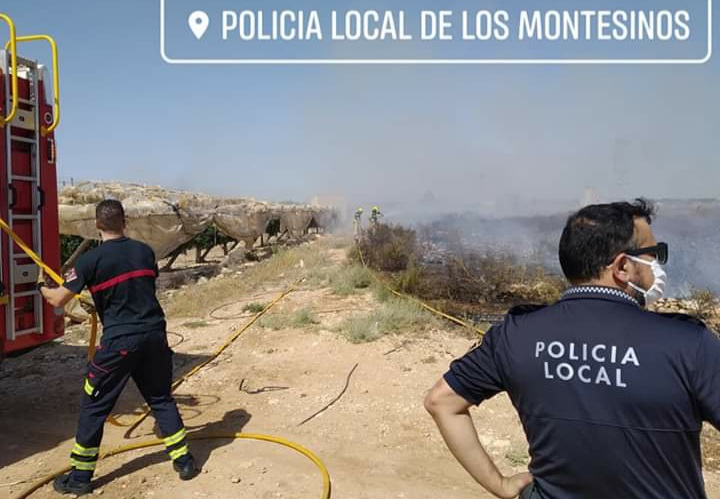 The fire was extinguished but according to the investigation the origin was the burning of some stubble that burned out of control.

The fire had been on the verge of destroying several greenhouses, although it was avoided by the rapid intervention of the firemen.

Initial thoughts were that some of the properties in the nearby urbanisation might also need to be evacuated although as the firefighters managed to control the fire it was not necessary.

An emergency services helicopter was also in attendance, flying in and out of the area to put out the fire with water, at the top end of La Herrada that lies close to Lo Crispin.

There were no casualties reported as the helicopter continued to douse the flames, dropping water overhead, taken from a nearby lake.