Last week I met up with Lloyd Dummett, CD Thader Rojales new president, for an insight into his aspirations for this role.  Although still not yet 30, Lloyd has been with the club ever since joining the youth set up, having freshly arrived in Spain with his family from Newcastle.  He succeeds Joaquin Gil, who has been a regular member of the board for 23 years.

Fellow Brit Ann Allen has joined the board of 10, full of ambition for the future of the club.  Their aim is to cement a closer link with the fans, whilst promoting exciting new sponsorship packages.

Telfy will continue as the clubs’ main sponsor, but more sponsors are needed for various schemes.  Supporters are encouraged to become club members, thereby benefiting from many offers available, including more social events.  All interested, should contact Lloyd on 688438773.

Combining his role of president, with that as player (last season´s club captain), will be a challenge that Lloyd is relishing.  When the season ended prematurely due to coronavirus, Thader were precariously placed just outside the drop zone, but the new board has wasted no time in making changes for the forthcoming campaign.  Raul Mora has been appointed as manager, bringing with him assistant Adrian Pastor and delegate Javier Mascaros.

Thader fans will have fond memories of Raul Mora, for he led them as captain in their promotion season to the 3rd div, during his 5 years stint at the club.  Last season, Mora and Pastor led local club Benijofar to promotion from 2nd div regional, and hope to bring entertaining, successful football back to Rojales. 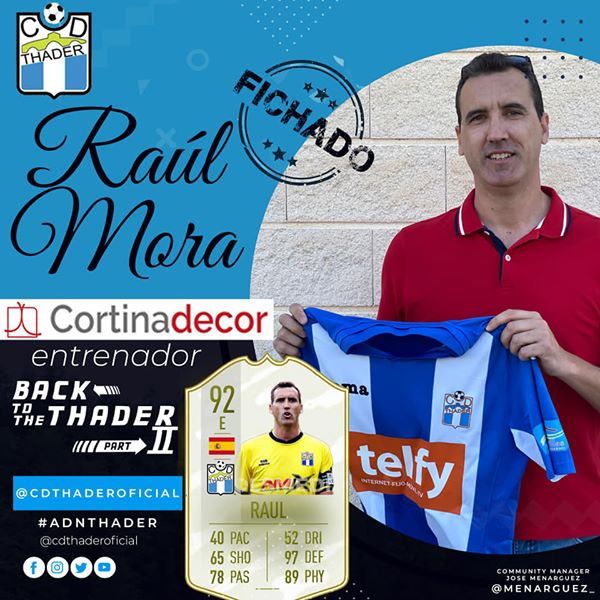 Players that have indicated a desire to continue at the club from last season, include Juan, Rafa, Fran, Cabrera, Sergio, Victor, Jose Manuel, Nino, Borja, Calderon & Lloyd (the last 3 having now signed on the dotted line).

In addition to them, another 3 players have joined the club.  Goalkeeper Adrian Rocamora has arrived from Murada, left winger Diego Chaves joins from 1st regional div side Catral (he scored 11 goals for them last season), whilst veteran striker Quino Potro has made a return to the club where he was such a firm favourite some years ago. 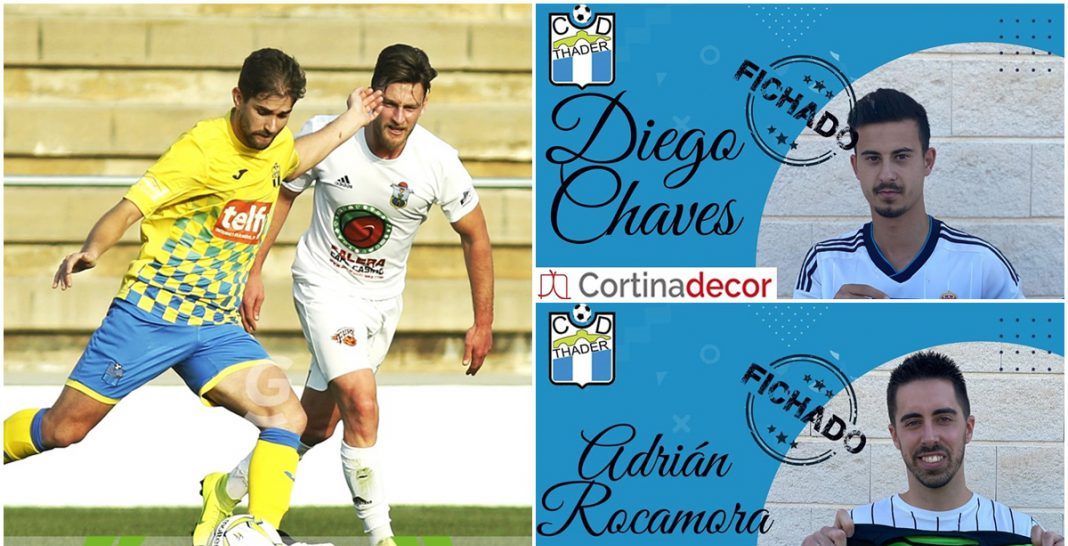 Valencia FA has yet to decide on the format for next season’s preferente division.  For 1 season only, there will either be 5 groups of 17, OR 5 groups of 14 and 1 of 15 – instead of the normal 4 groups.  The reason for this is that as there will be no relegation at this level of football, there will be more teams involved.

Both Santa Pola and Pena Reval (Elche), will be coming up to the pref div, and should be playing in the same group as Thader.  Pre-season friendlies have yet to be arranged, although there is a good chance that div 2b side La Nucia will be amongst them.  All in all, the new regime now in place are confident that with a much stricter wage structure, moral will be high, as will entertainment value for the fans inside Moi Gomez stadium.