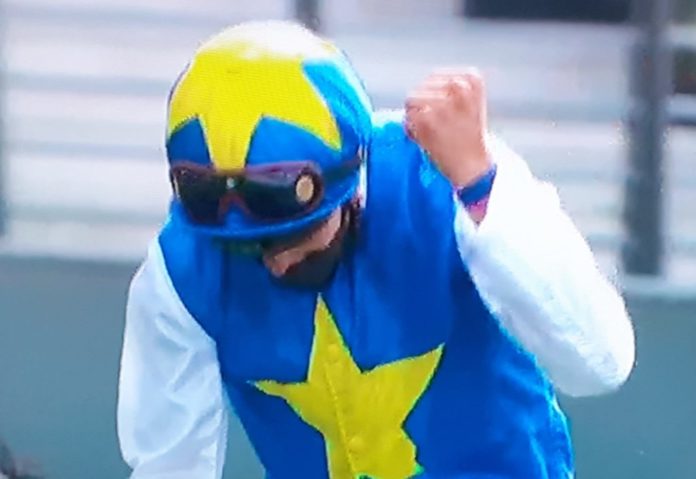 “I was told to let him run. He loves the ground and returning back to 6 furlongs and the ground suited,” said jockey Stott.

“I can’t explain the feeling in words. You can’t describe it and it’s amazing. I’m speechless. It’s more the horses than me. We as jockeys just sit there,” said Stott.

All jockeys are giving their riding fees to the NHS at Royal Ascot on Saturday and Stott said: “For us to donate our riding fees is just one day’s work for the NHS – the real heroes.”

Stott completed a 94-1 double  after riding Hello Youmzain and Hey Jonesy to victory.