Brussels Airlines became the first carrier to return to Alicante-Elche airport after the cancellation of operations on March 15 as a result of the coronavirus pandemic when a flight with almost 100 passengers on board touched down during the early evening.

All if the passengers underwent checks implemented by Aena and Health, in collaboration with the Red Cross, to ensure that passengers with temperatures were prevented from entering the province in order to prevent and further outbreaks of coronavirus.

The passengers were supervised by health personnel who used thermal imaging cameras at the arrivals centre; a system that allows body temperature to be checked without the need for passengers to stop.

Only if the healthcare operators detect a fever, are they stopped and subjected to a further test, without having to admit them to a medical centre. The staff are seated in front of a camera and television screen that resembles those at the baggage check-ins.

The Brussels flight was followed by one from Amsterdam and another from Sofia, the capital of Bulgaria. Those people arriving yesterday were mostly visitors with a second residence on the Costa Blanca.

As of Sunday, the quarantine of tourists arriving on the Costa Blanca – for the Portuguese it will be 1 July – ends as restrictions are lifted in the Schengen area, which enables the possibility of unrestricted travel through the territory of the 26 European countries, in which more than 400 million citizens reside without internal border controls.

Travellers from the United Kingdom no longer belong to the Schengen area, but in practice the pre Brexit arrangement remains, because a special agreement is maintained with Brussels until December 31. 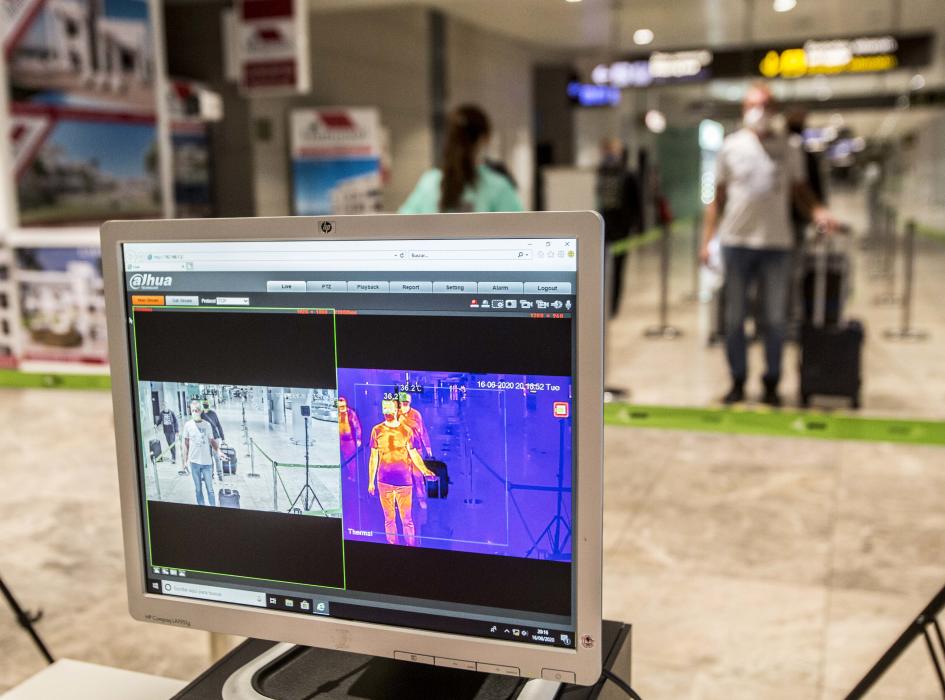 At the moment, however, the opening of borders is not going to have any real effect on tourism, since 40% of foreign visitors are British and they cannot travel because airlines, although they are selling tickets, do not fly. The tour operator TUI -Tuifly- announced last week that it does not plan to start operating into Spain until 10 July, Jet2.com on 15 July, and although airlines such as Easyjet have resumed operations they are not flying into Spain at the moment.

Ryanair, meanwhile, have launched a promotion of 250,000 seats at 29.99 euros for travel throughout the month of July. The offer ends at 21:00 on Wednesday on the Ryanair.com website.

The airline has also removed the fee it charges for flight changes for all customers who book their trips in July and August.

SAS will fly daily between Alicante-Elche airport and Oslo and Stockholm rom the beginning of July. It will also have two weekly links with Copenhagen.

Renfe recovers 40% of the AVE’s programming

From next Monday Renfe will run eight daily trains to Madrid and another eight in the Mediterranean Corridor,

In total there will be 5,000 daily seats between Alicante Madrid and Catalonia. As for the Mediterranean Corridor, the service is expanded with a new Euromed service between Alicante and Barcelona, ​​which represents a daily schedule of eight services, four in each direction, linking Alicante with Catalonia. At the moment, however, the company is far from running the 20 daily AVEs with Madrid that it scheduled before the state of alarm.

During the train journey, the use of masks by all passengers is mandatory. There will be no restaurant service but Renfe will distribute disinfecting wipes to its passengers on board and has reinforced hygiene and disinfection measures on all its trains.