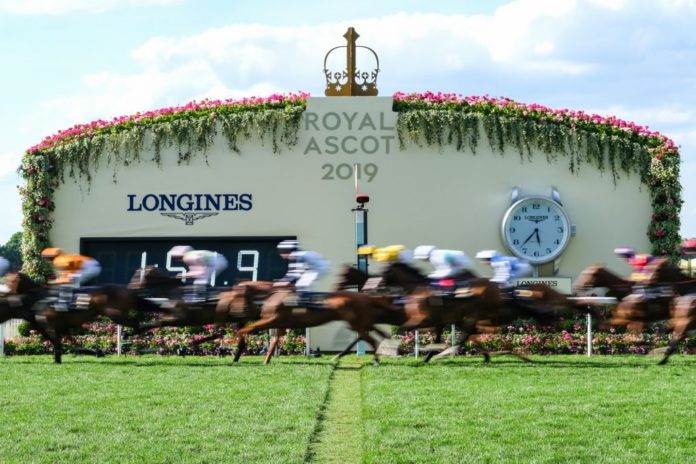 Richard Hannon trained Ouzo (1.15) goes to post 6-1 favourite in The Silver Royal Hunt Cup over 1 mile at Royal Ascot on day two, with 24 runners going to post, under jockey Ryan Moore selected each-way, along with Nicklaus (12-1).

Barney Roy’s previous two runs came over 9 furlongs in Dubai and Appleby believes stepping up in distance will see improvement.

Appleby reports Barney Roy in ‘good shape’ and the connections are looking ahead to returning to Royal Ascot, despite a disappointing run in the 2019 Queen Anne Stakes.

Eight go to post in the Hampton Court Stakes, with Sir Michael Stoute trained First Receiver, represented in the colours of the Queen, ridden by Dettori, noted.

*Ghaiyyath, winner of the Coronation Cup at Newmarket in June, will miss Royal Ascot and heads for the Coral-Eclipse at Sandown in July, where John Gosden trained Enable also goes to post.