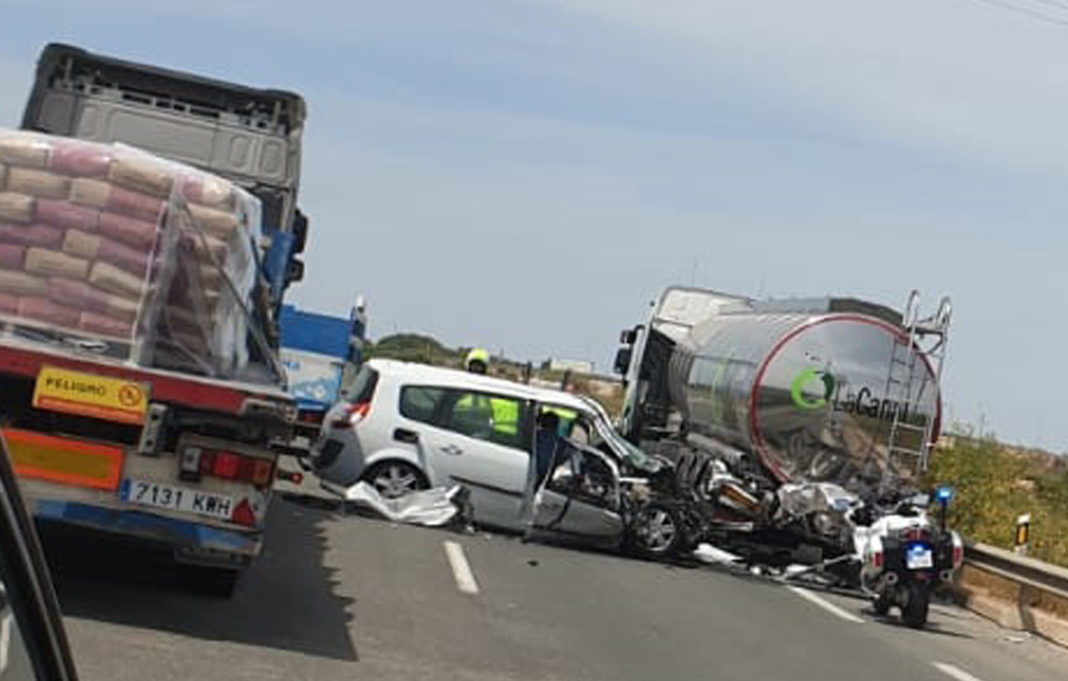 Northbound traffic tailed back for about a kilometre yesterday afternoon on the AP7 motorway close to the underpass at Pilar de la Horadada.

The accident occurred at about 3.30pm when a car ploughed into the back of a tanker truck carrying olive oil, that was stationary, having broken down on the hard shoulder.

The driver of the car had to be released from the wreckage by firefighters from the Torrevieja park.

One witness to the accident told the Leader that, as a result of the force of the impact,  she thought the car driver would most certainly be dead. However, once released from the wreckage and treated at the scene by paramedics his injuries were said to be not life threatening.

He was subsequently taken to Torrevieja University Hospital where he remains, currently being treated for broken bones and hip injuries.