70% of the country will be in phase 2 of the de-escalation process on Monday after the inclusion of the Valencian Community, the Andalusian provinces of Malaga and Granada and the Castilian-Manchegas of Toledo, Ciudad Real and Albacete, plus the four health areas of Catalonia and one Castilla y León region.

In Murcia, Totana will also pass to phase 2, which was the only town that remained to reach that phase.

Meanwhile, Formentera, La Gomera, El Hierro and La Graciosa will all move to 3.

The announcement was made this Thursday evening by the director of the Centre for Coordination of Health Alerts and Emergencies, Fernando Simón, who said that the “very good evolution of the data”  has led him to decide the progress of these areas in de-escalation.

The province of Alicante advances to Phase 2: this is what you will be able to do on Monday

The whole of the Valencian Community will pass from Phase 1 to Phase 2 of the de-escalation this coming Monday, June 1. This was confirmed on Thursday evening by the Minister of Health, Salvador Illa, and the director of the Centre for Coordination of Health Alerts and Emergencies, Fernando Simón at the press conference after the inter-territorial council with the autonomies .

In Phase 2 the opening of restaurant interior spaces are allowed  for table service and with a capacity limit of 40% which can be increased to 50% at the discretion of the community.

Cinemas and theatres will also be opened with pre-assigned seats and with a limit of one-third capacity. In addition, hunting and sport fishing will resume.

Also, visits to monuments and cultural facilities such as exhibition halls, conference rooms with a third of the usual capacity will be possible. Places of worship must limit their capacity to 50%.

The time bands disappear, except for the elderly and vulnerable people, who will have to continue their walks in the previously allocated hours. For sport, family walks or with children there will no longer be time restrictions.

In the case of beach towns, and although the decision depends on each City Council, access to the Beach and bathing in the sea will also be allowed as a general rule. This is the case of the Alicante capital, which has already announced the measure and works against the clock to have everything ready. 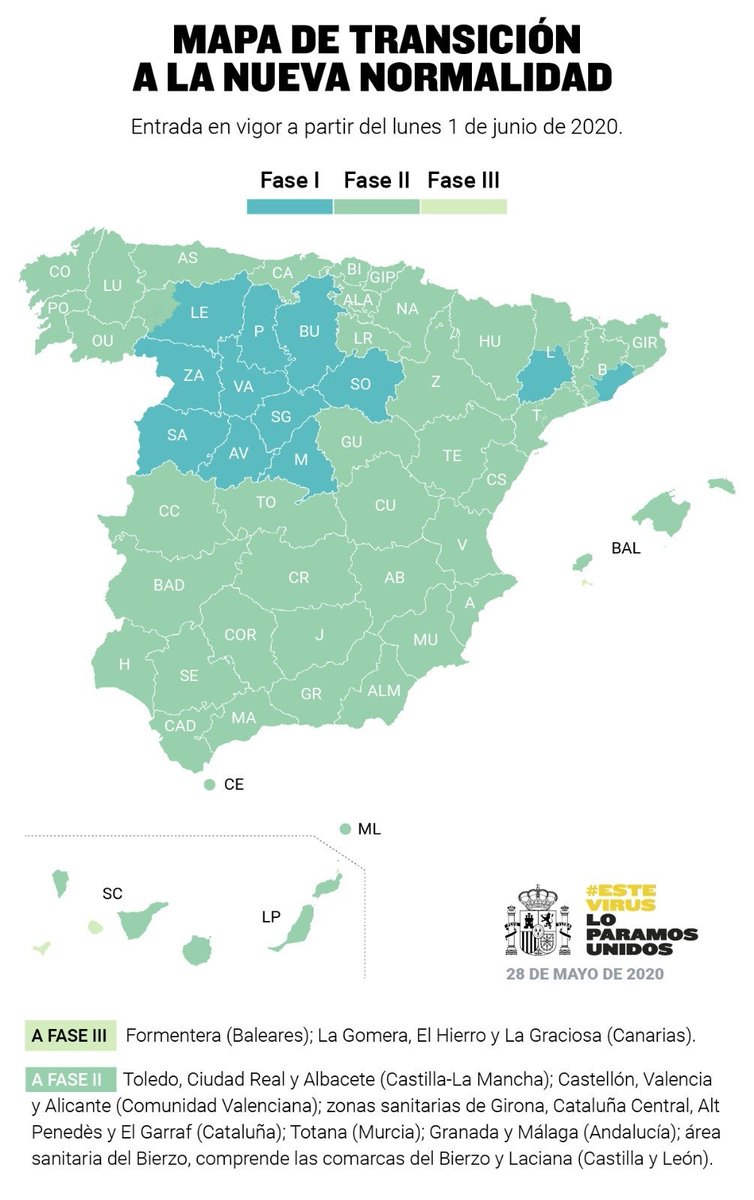