The coronavirus pandemic has left 30 new infections and 2 deaths in the Region during the last 24 hours, none of them, thankfully, in care homes. However, according to data provided by the Ministry of Health the number of coronavirus patients that have been cured is triple that of new cases detected.

As of today, there are only 32 people in ICU in the entire Community, 2 less than Friday’s update. By provinces: 4 in Castellón, 18 in Alicante and 10 in the province of Valencia.

The number of hospitalised patients has also declined from yesterday. Right now there are 220 in patients, 25 less than yesterday. By provinces: 14 in Castellón, 66 in Alicante and 140 in the province of Valencia.

Since the last update there have been 2 deaths, one in Alicante and the other in Valencia. For the third consecutive day there are no deaths due to coronaviruses in the province of Castellón. 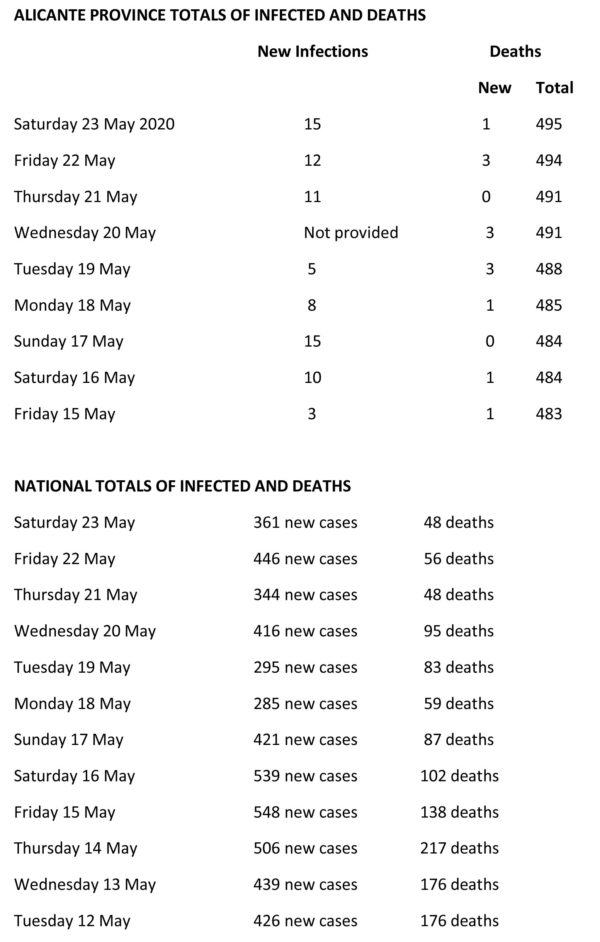 Nationally, Spain has registered 48 deaths in the last day and 361 confirmed infections. This is the lowest daily number of deaths since mid-March, according to data collected by Health.

This is a small decrease compared to Friday, when 56 deaths were registered, and the same figure for Wednesday, although that day the data for Catalonia was not included.

Worldwide, 5.2 million people have been infected and more than 338,000 have died, according to Johns Hopkins University.