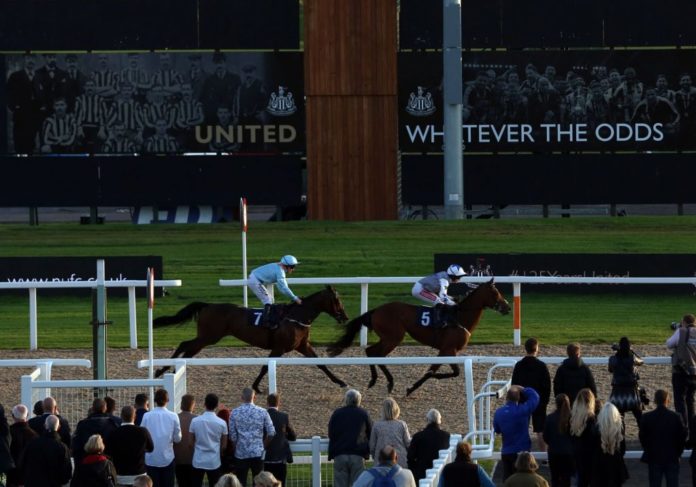 Racing is set to resume at Newcastle’s all-weather track on June 1, apertaining COVID-19 deaths and cases do not increase in the coming weeks, and under Government guidelines.

As previously reported, the recommencing of racing at Newcastle, comes in the wake of The Guineas and Coronation Stakes at Newmarket; Royal Ascot, and the Classics’ Derby, Oaks and Eclipse scheduled in July.

Trainer Nick Alexander based at Kinneston, Fife, said: “Having been involved with the National Trainers Federation through the COVID-19 crisis, I have been acutely aware of the pressure my Flat trainer colleagues have been under.

“It will be enthralling to watch them compete for these huge prizes, after such unconventional preparations.

“Before too long we will have a good idea of the race programme to the end of August, and within that will be the resumption of jump racing in July.

“Wouldn’t it be nice to think, that by September, we may be able to revert to the original plans with an enhanced jump fixture list, to make up for some of what we have lost.”

Ted Veale, a winner at the Cheltenham Festival, now 13 years old (pictured below relaxing) last ran at Newcastle on March 3, prior to racing lockdown, one of three races competed in this year, after running at Newcastle in February and January. 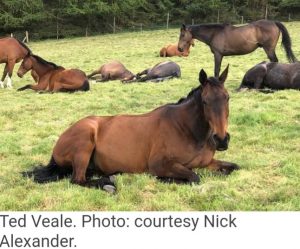 Formerly trained by A. J. Martin, Ted Veale arrived at Kinneston on December 1, 2018, winning at Hexham on December 2.

A winner at Listowel and Sligo in 2017, Ted Veale won the Vincent O’Brien County Handicap Hurdle Grade 3, Class 1 race at the 2013 Cheltenham Festival.

The post Racing set to resume at Newcastle on June 1 appeared first on Horse Racing News and Tips.