Firefighters were quick to respond to an emergency in Torrelamata on Saturday morning after a fire broke out in a first floor apartment on Plaza de Santiago Gil.

One elderly lady resident was able to remove herself from the apartment before emergency services attended.

On their arrival two firemen equipped with breathing apparatus entered the apartment and were able to extinguish the fire.

The elderly resident received treatment from medically trained firefighters but was said to be unharmed although a little stressed. Details of the damage at this stage are still unknown.

Neighbours were generous in their praise of the emergency services with one eyewitness remarking that “it was a very quick and professional response from police and fire service.” 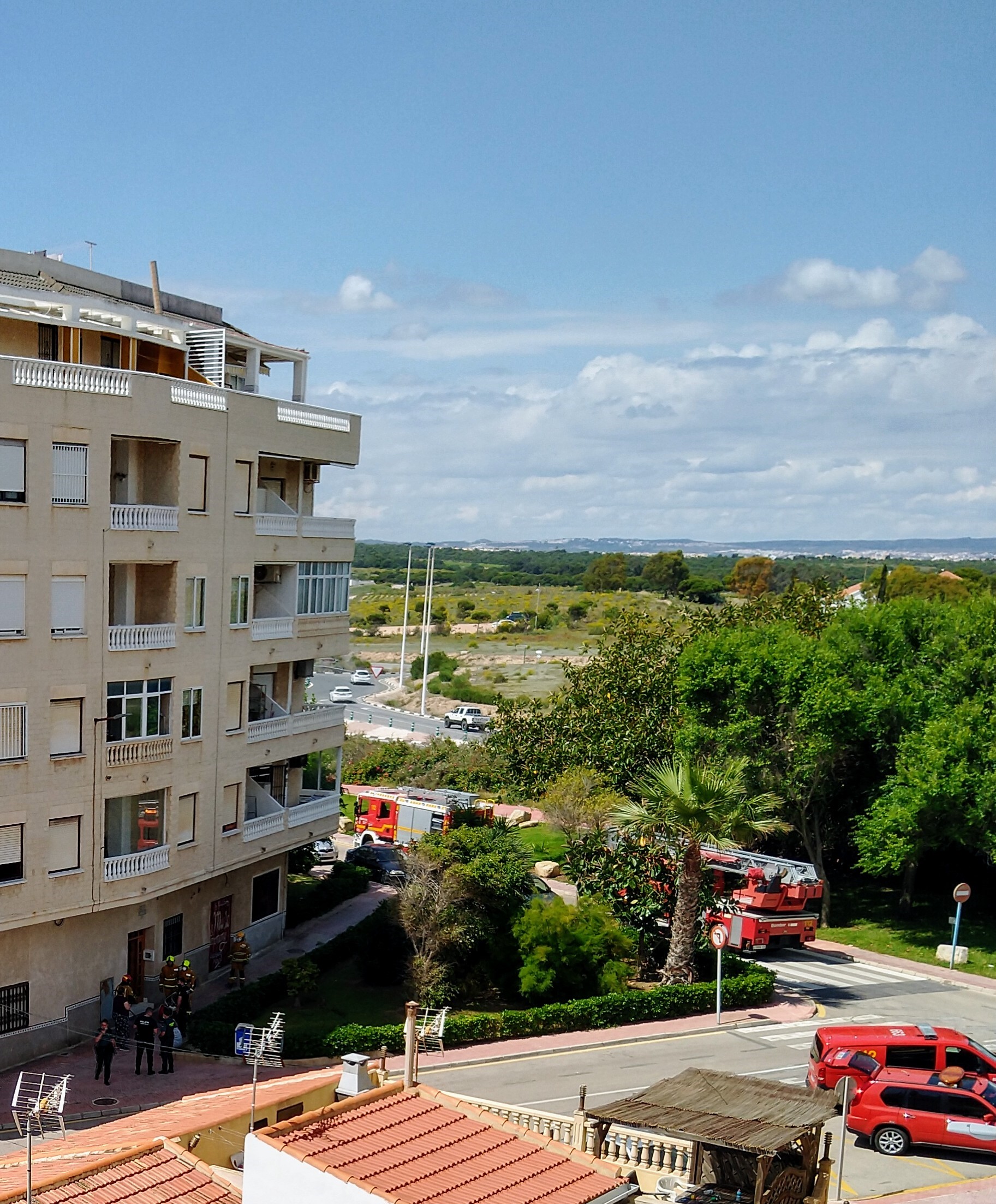