The Coro Lirico Siciliano (INTERNATIONAL OPERA AWARDS 2017) is a reality that in a few years has established itself in the musical, theatrical, operatic and symphonic national, becoming the official choir of the two major opera seasons of Sicily, the Taormina Opera Festival and the Luglio Musicale Trapanese.

The special care for vocality and style and the versatility of its choir members, allows the Chorus to address both the sophisticated, symphonic and sacred music and the robust traditional repertoire.

The Chorus, formed by choir artists coming from the different provinces of Sicily, performs concerts and operas successful with audiences and critics, and is regularly engaged by theaters within the region, nationally and internationally.

The intense concert season fits with the cultural activity: in this respect the Chorus has embarked on concentrated research, development and export of Sicilian Art at the national and international level.

As well the Choir has rediscovered the most important Sicilian authors with the performance of lesser known or unpublished works of P. Mandanici, P. Vinci, G. Pacini, V. Moscuzza, F. P. Neglia, V. Bellini (in particular “Zaira”, with the extraordinary participation of some performers from the original cast of the world premiere in 1976).

The Sicilian Lyric Chorus was responsible for the philological version of Zaira, presented in Catania at the Greek-Roman Theatre for the “Bellini Festival” in September 2012.

For its opera performances, the Choir was awarded of the Golden Opera Award “International Opera Awards – Oscar della Lirica” (2017) during an event broadcast by Chinese state television in front of a billion and a half spectators, the International Sicilian Prize “Il Paladino” on the occasion of the fortieth anniversary of that prize, Bellini Prize 2015, Belcanto Ambassador Prize, Academy of Arts Prize, and other very prestigious awards. 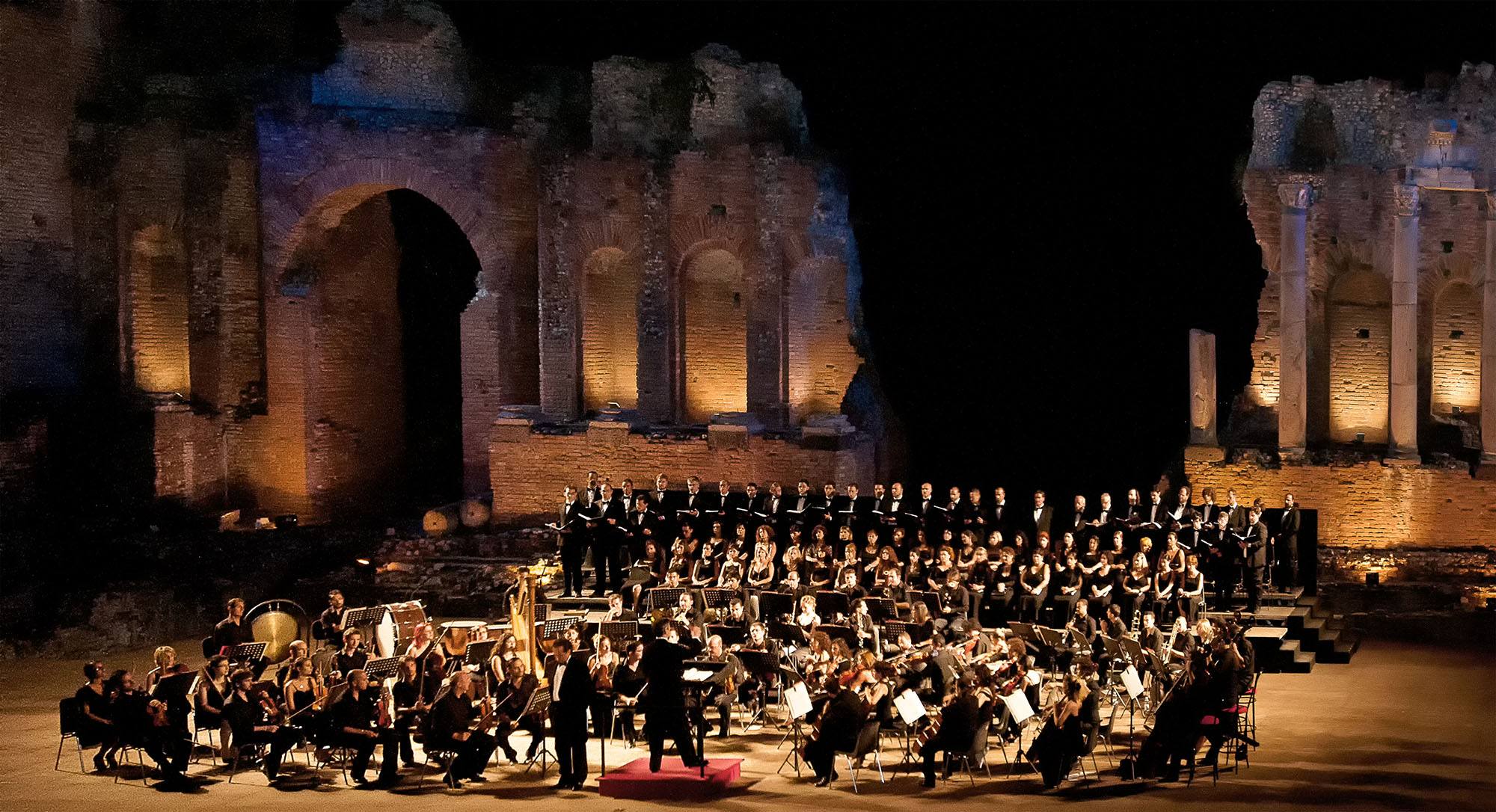 In 2017 it inaugurated the Harbin Opera House, in China, with a New Year’s gala with the special participation of the tenor José Carreras.

Since 2018 it also organizes the prestigious GIUSEPPE DI STEFANO INTERNATIONAL AWARD which was awarded, among others, to important artists of the international opera scene (Cecilia Gasdia, Jessica Pratt, Nicola Martinucci, Giovanna Casolla, etc).

Prestigious prizes and awards, collaborations with some of the most important conductors, directors and artists on the world scene, are some of the objectives achieved by what is now considered one of the most famous choral institutions at an international level, ambassador of Italian culture and European and standard bearer of the artistic heritage of the beautiful country and of Bellini’s eternal melody in the world.