A total of 179 people died from coronavirus in Spain during the last 24 hours, which is 50 less than Friday, according to the latest data from the Ministry of Health published this Saturday. A total of 26,478 people have died since the start of the crisis.

There was also a reduction in the number of new cases, 604, which is almost 500 less than yesterday, taking the total number of infected diagnosed by PCR to 223,578.

There were no deaths registered in the province of Alicante in the last 24 hours, data that is especially significant because it is nearly a month ago, 16 March, the last day on which there were no fatalities.

The minister of health, Ana Barceló, has highlighted that all new deaths (7) have occurred in the province of Valencia, so for the first time since March 16, there are none registered in either Alicante or, for the 2nd successive day, Castellón.

The number of medical staff who have been discharged are 1,854, 39 more than Friday. The total number of positive cases is now 763. In addition, Barceló eported that 201,843 PCR tests have been carried out since the start of the pandemic. 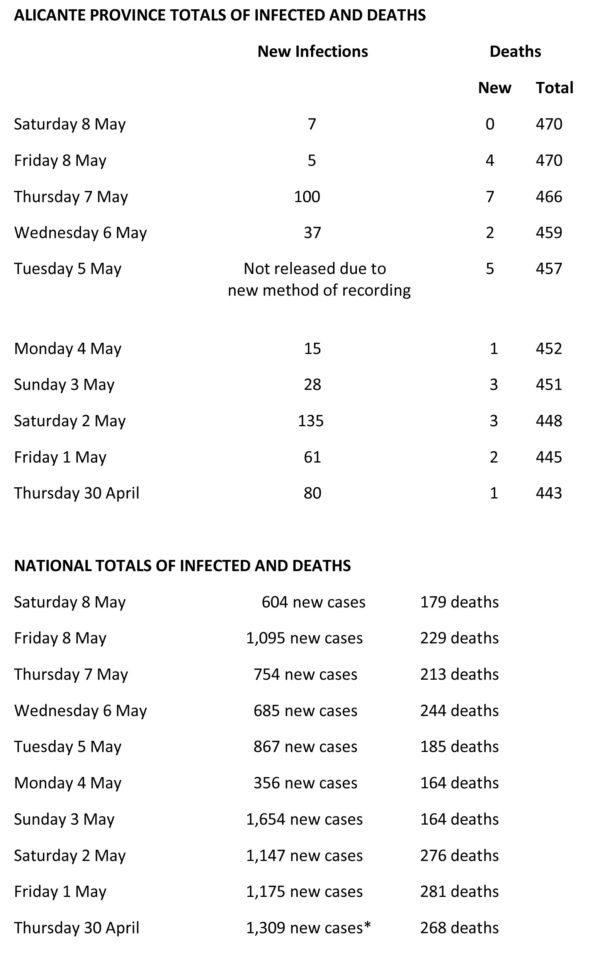