In Spain, there have now been 36,588 deaths from the coronavirus. The Ministry of Health , however, still does not reflect the full scope of the pandemic, registering only 26,070 this Thursday, 213 more in the last 24 hours.

The Government still doesn’t include all of the deaths reported by the Community of Madrid and Catalonia. However Fernando Simón, the director of the Centre for the Coordination of Health Alerts and Emergencies, said that there are many reasons for the difference in figures, but at the moment we do not know how many will be attributable to the coronavirus and how many will not.

The latest numbers of infected persons, 754 in 24 hours, has increased slightly but it is still well below the figures that were were seeing a few days ago. The total number of cases is now 221,447.

The spokesman said “We have been above 200 for several days and the trend is again fluctuating. But we are clearly in a downline. The expected evolution is maintained. Today is Thursday, 9 days ago, relief measures began to be taken, with the children’s walks, and starting today, there should be some impact of evolution although for the moment we have not detected anything. In the coming days we will assess this trend more consistently »

He also announced that the number of medical personnel infected by the coronavirus is already 45,924, due to the fact that many more tests are being carried out.

Of the 213 new deaths, 13 are in Andalusia, 12 in Aragon, 5 in Asturias, two in the Balearic Islands, one in Canarias, one in Cantabria, 30 in Castilla-La Mancha, 17 in Castilla y León, 49 in Cataluña, 12 in Comunidad Valenciana , four in Extremadura, four in Galicia, 38 in Madrid, one in Murcia, four in Navara, 19 in Basque Country and one in La Rioja.

In addition, 15 people have been hospitalized in Andalusia, 12 in Aragon, 36 in Asturias, ten in the Balearic Islands, one in the Canary Islands, two in Cantabria, 31 in Castilla-La Mancha, 54 in Castilla y León, 163 in Catalonia, none in Ceuta, 27 in the Valencian Community , 14 in Extremadura, 22 in Galicia, 128 in Madrid, none in Melilla, two in Murcia, ten in Navarra, 16 in the Basque Country and five in La Rioja.

Of the 58 new entrants to intensive care, four have been registered in Andalusia, two in Aragon, one in Asturias, another in the Balearic Islands, another in Castilla-La Mancha, three in Castilla y León, 20 in Catalonia, three in the Valencian Community , one in Galicia, 20 in Madrid and two in the Basque Country. 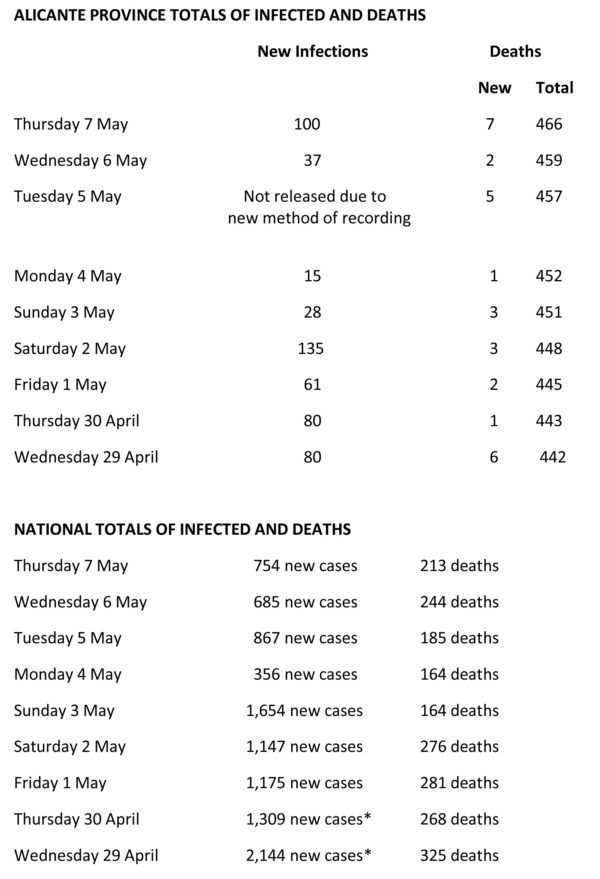 In the community Healthcare has confirmed 247 new positives: 55 by PCR and 192 with rapid tests

The Minister of Health, Ana Barceló, has confirmed that the Valencian Community has registered 247 new coronavirus positives and 13 deaths in the last 24 hours.

The number of PCR and rapid tests carried out since the start of the pandemic is now more than 187,000. The consellera has highlighted that in the last 23 hours more than 6,000 PCR tests and 9,000 rapid tests have been carried out.

On care homes, there are currently 67 nursing homes with positive cases, six fewer than yesterday: “We have ended outbreaks in 57% of the nursing homes that registered a case,” said the minister, who also detailed the measures that the Community has presented to the Ministry to request to move to the next phase.