The Ministry of Health has confirmed a further 244 deaths and 685 new cases of coronavirus in the last 24 hours. The increase of new cases is 0.31% compared to yesterday taking the figure to 25,857 deaths and 220,325 infections across Spain.

However the Government does not include the deaths reported by the Community of Madrid and Catalonia.

The good news is that 126,002 people have been discharged after overcoming the disease, with a further 2,516 recovered in the last hours, an increase of 2%.

Today, Wednesday, the Congress of Deputies will hold a plenary session to vote on the extension of the state of alarm for another 15 days, which would allow the Government of to further undertake the de escalation measures based on the plan.

Despite the insistence of the opposition group, the Partido Popular, that they will not support the vote it seems as though it will still be approved thanks to the last minute support of Ciudadanos, who has reached an agreement with the PSOE. The PNV has also joined the ‘yes group’ in exchange for being able to run its own de-escalation schedule.

The Ministry of Health has added 37 new cases by PCR, 12 deaths, 11 admissions and 92 recoveries during the last 24 hours and most encouragingly, there have been no new admissions’ to Intensive Care.

This is the first time since the start of the pandemic that the figure of “zero” has been achieved, a sign of hope that we are getting closer to overcoming this terrible disease and one more fact in the justification de-escalation. The pressure pulse in hospitals is the best thermometer to measure the situation.

Furthermore, the admission of patients to hospitals is also low with 11 infected with Covid-19. The ICU data is a light that has been anticipated for a long time in the Valencian Health Service.

There are also a further 92 people who have recovered in the Community. 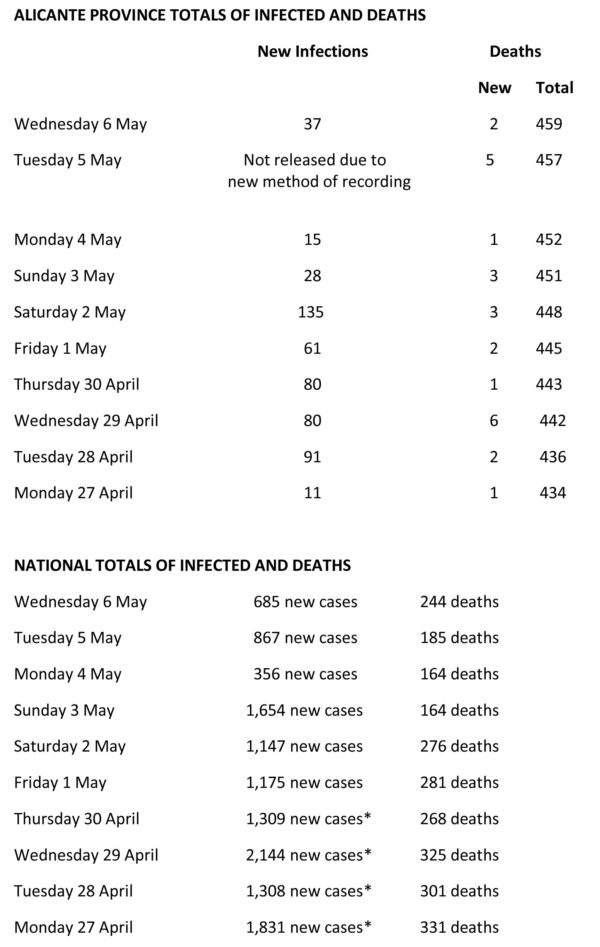 In relation to ICU admissions, the downward trend continues with 3 fewer cases since the last update. They currently represent 2.5% of the total active cases with a total of 102 people admitted to the ICU: 13 in the province of Castellón, 43 in that of Alicante and 46 in the province of Valencia.