There was a tribute to the patients and the carers who look after them at the gates of the Casaverde Residence Pilar de la Horadada in Thursday. The event consisted of the arrival of “The LAT optimism bus”, covered with the slogan “Everything will be fine”.

The mayor, José Mª Pérez, accompanied by councillors and members of the Civil Guard, Municipal Police and volunteers, attended the event to pay tribute to the residents and the centre staff.

The mayor said that he is proud of this well-deserved tribute to our elders and the carers who take care of them, and he gave thanks the Casaverde Group for all the support in carrying the event out.

The Casaverde Group organised the visit of the “bus of optimism and solidarity”, an initiative of Autobuses LAT, the concessionaire of the Murcia intercity bus service.

The bus is touring health centres and nursing homes in the area, carrying on board a series of products representative of the Murcian region, with the support of companies like Hero and El Pozo. 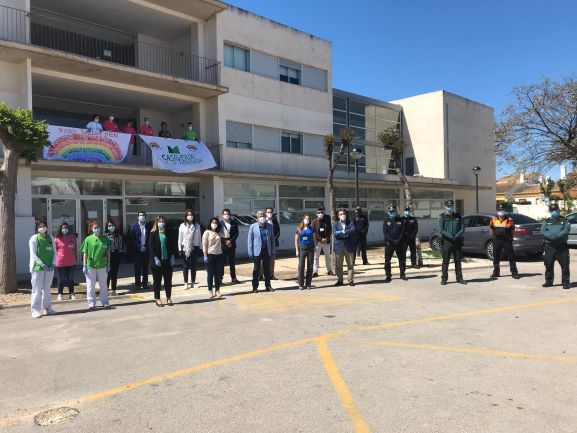 The multi-coloured vehicle has a large rainbow drawn on its exterior and a message that reads “Everything will be fine”, which is also the motto of the Casaverde Group, and has become a symbol of strength, that millions of people across the country have hung on their balconies.

Representatives of Autobuses LAT were present, along with residence director Manuel Cascales, the commercial and development director, Arturo Úbeda and the marketing executive, Cristina Rocamora.

The Casaverde Group thanked all those who made the event possible, and the trust placed by the families of the residents in the centres together with the team of professionals who are making so much effort.

5 Reasons Why Online Casinos Are Better Than Land-Based