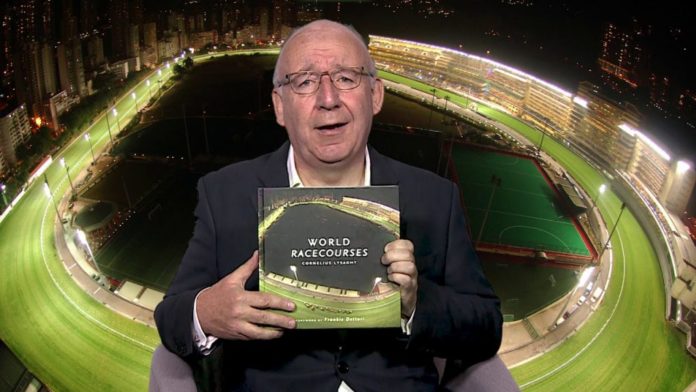 Racing’s flag bearer correspondent Cornelius Lysaght is retiring this week after almost 30 years in the ‘saddle’.

“Since I started in August 1990, the Cheltenham Festival and Royal Ascot have been staged 29 times each. 28 Grand Nationals and 146 Classic races – just in Britain,” said BBC racing correspondent Lysaght. 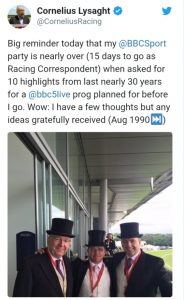 The British Horseracing Authority (BHA) stumped up the stats during Lysaght’s career – of almost 40,000 fixtures – and approximately 257,000 races.

Award winning BBC Radio 5, re-named 5 Live, broadcaster Lysaght said he has worked ‘really hard’, been very loyal to the BBC and deems himself as having been a standard-bearer for horse racing.

Sabadell to sell TSB in UK