King Felipe visited the facilities of the Royal Guard in El Pardo on Friday, where he was welcomed by the head of the Military Squadron of the House of HM the King, Admiral Juan Ruiz Casas, and the Colonel in chief of the Royal Guard, Juan Manuel Salom Herrera.

The king spoke to members of the unit about their involvement in Operation “Balmis,” the Armed Forces efforts against the epidemic of COVID-19. 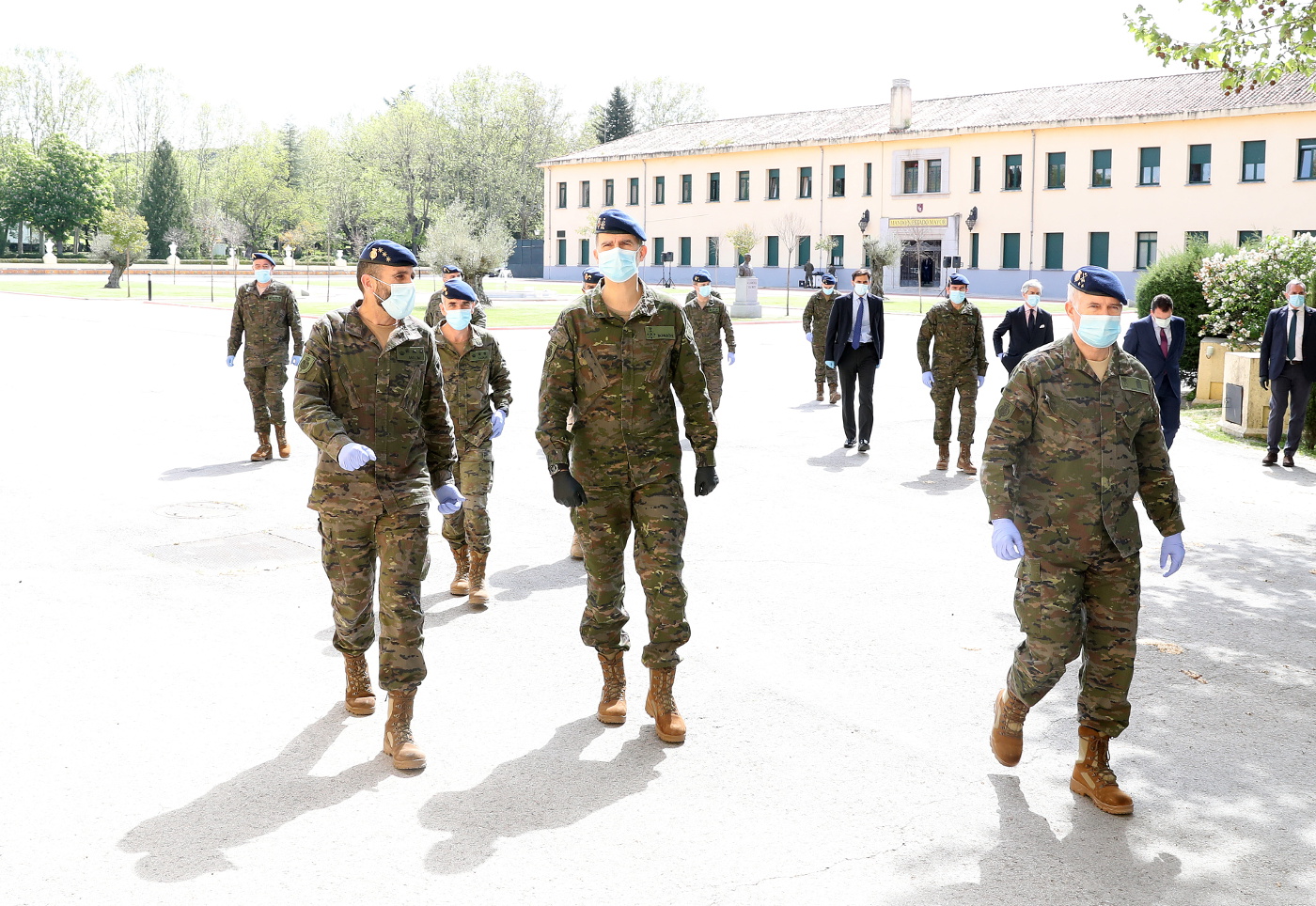 Normally resident in Madrid, during the last 6 weeks the Royal Guard have been deployed assisting the civilian population with security and hygiene matters.

The king placed them at the disposal of the Defence Minister, Margarita Robles on 15 March