IN Part 2 of Freddie ‘parrot-face’ Davies’s exclusive interview he talks to Andrew  Atkinson about Princess Margaret; being defrauded out of £150,000; Homburg bowler-style hat ‘parrot-face’ fame; the film industry, co-starring with Jerry Lewis, Leslie Caron, Oliver Reed and Lee Evans. And an appearance as a talking portrait in Harry Potter and the Prisoner of Azkaban.

Freddie starred in nationwide theatre tours, including the RSC production of The Secret Garden at the Royal Shakespeare Theatre in Stratford-upon-Avon, and in London’s West End at the Aldwych Theatre.

During one gala evening, Freddie recalled: “Princess Margaret looked at me and said ‘don’t you like this horse’ at a Charity show, featuring Black Beauty the TV series. I was presented, standing next to Black Beauty!”. 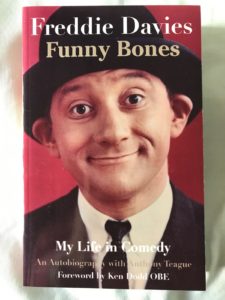 “Princess Margaret had not noticed any other acts on the show – only the bleedin ‘orse! Magnificent beast though it was,” laughed Freddie.

Freddie, defrauded out of £150,000 by a Leicestershire promoter in 1987, said: “The biggest disappointment in my career was being defrauded.

“Conned into putting a huge pantomime on at the De Montfort Hall in Leicester – and the promoter refusing to pay for it!”.

Freddie, who has appeared at Benidorm Palace, asked where the idea of the parrot’s line in his comedy came from, said: “It wasn’t parrots as such.

“Samuel (my character) called the man in the pet shop Parrotface. It was really all about the Budgie dying!”.

On his trademark bowler hat: “It’s not a Bowler, it’s a Homburg, a bit more flexible for pulling down, but it looks bowlerish,” said Freddie, who donned his Homburg, when topping the bill in the UK Best of British Variety Tour, during 2013-14.

Freddie’s most famous onscreen role is as Bruno Parker in Peter Chelsom’s 1994 cult classic ‘Funny Bones’, a film informed by Freddie’s knowledge of comedy and inspired by his tales of his grandfather.

More recently, Freddie’s appearance as a talking portrait was in Harry Potter and the Prisoner of Azkaban film.

“That brought fan letters from a new worldwide audience,” said Freddie, whose autobiography Funny Bones: My life in Comedy, was published to coincide the 50th anniversary of his debut appearance on Opportunity Knocks.

Freddie’s signed autobiography Funny Bones: My life in Comedy can be purchased from stageoneproductions.co.uk 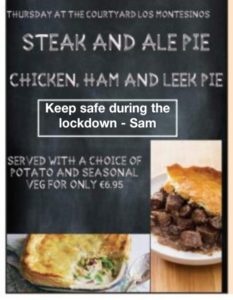