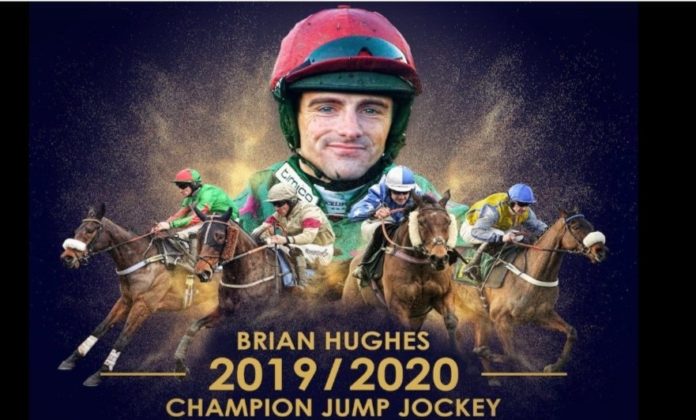 “It has always been a dream to become champion jockey – to finally achieve it is fantastic,” said Hughes, who rode 141 winners.

The NH campaign came to an abrupt early end in March – following racing’s lockdown in the wake of the coronavirus COVID-19 epidemic.

Richard Johnson, who hands over the leading rider trophy, was runner-up, riding 122 winners.

County Armagh born Hughes, 34, was congratulated by Johnson: “Brian has been in terrific form all season. It is a huge moment to become champion jockey.”

NH racing has been pencilled in to resume in July, at present: “The weighing room will formally congratulate Brian – when racing returns,” added Johnson.

The award of leading Conditional jockey is Jonjo O’Neill junior, who rode 61 winners.

The 2020 Flat racing season has been suspended by the British Horseracing Authority (BHA) until May 1, at present.