The province of Alicante has registered 58 new cases of coronavirus in the last 24 hours, during which time 10 more people have died from the disease. The figures were released this afternoon by the Minister of Health, Ana Barceló. The virus now affects 579 people in the Alicante region, and 1,604 in the Valencian Community.

The number of fatalities since the pandemic began has now reached 40 in the province, and 69 in the whole of the autonomous territory.

More than half of the deaths from Covid-19 in the last 24 hours, 10 from 19, are in the Alicante Province, a situation Barceló has blamed on the DomusVi care home in Alcoy and, where there are at least 72 cases of the disease among residents and workers. The minister says that “40%” of the deceased in the area are as a result of this outbreak.

Currently there are 24 residences for the elderly in the Community where at least one case of coronavirus has occurred, with a total of 93 affected patients, of whom 23 have died. Likewise, 51 workers in these facilities have also contracted the disease, and another 143 are in quarantine.

Barceló explained that yesterday a committee was set up in each health department of the Valencian Community to monitor the situation in nursing homes on a daily basis throughout the autonomous region, “whether or not they have positive cases.”

They want to influence the control of these high-risk residences, and also ensure that “occupational risk standards are met,” she said.

The virus also continues to spread among health professionals. There are already 335 health workers who have tested positive in the Community – almost 21% of the total numbers infected and 71 more than yesterday. The total number of people admitted to hospitals for the disease is 590, of whom 209 are in the province of Alicante, 33 of which are in Intensive Care Units (ICU).

Like yesterday, the positives are few. Until now, the number of discharges in the whole Community is 30, five more than yesterday, of which 10 are in the province of Alicante.

Asked how many of these discharges correspond to patients who were in the ICU, Barceló said that she wasn’t able to specify an exact number.

The tests that have returned negative results so far are 6,633. The Conselleria website to enable the self-test has already registered 1,900,000 entries, and the dedicated telephone number (900 300 555) enabled by the Generalitat has taken 34,355 calls. 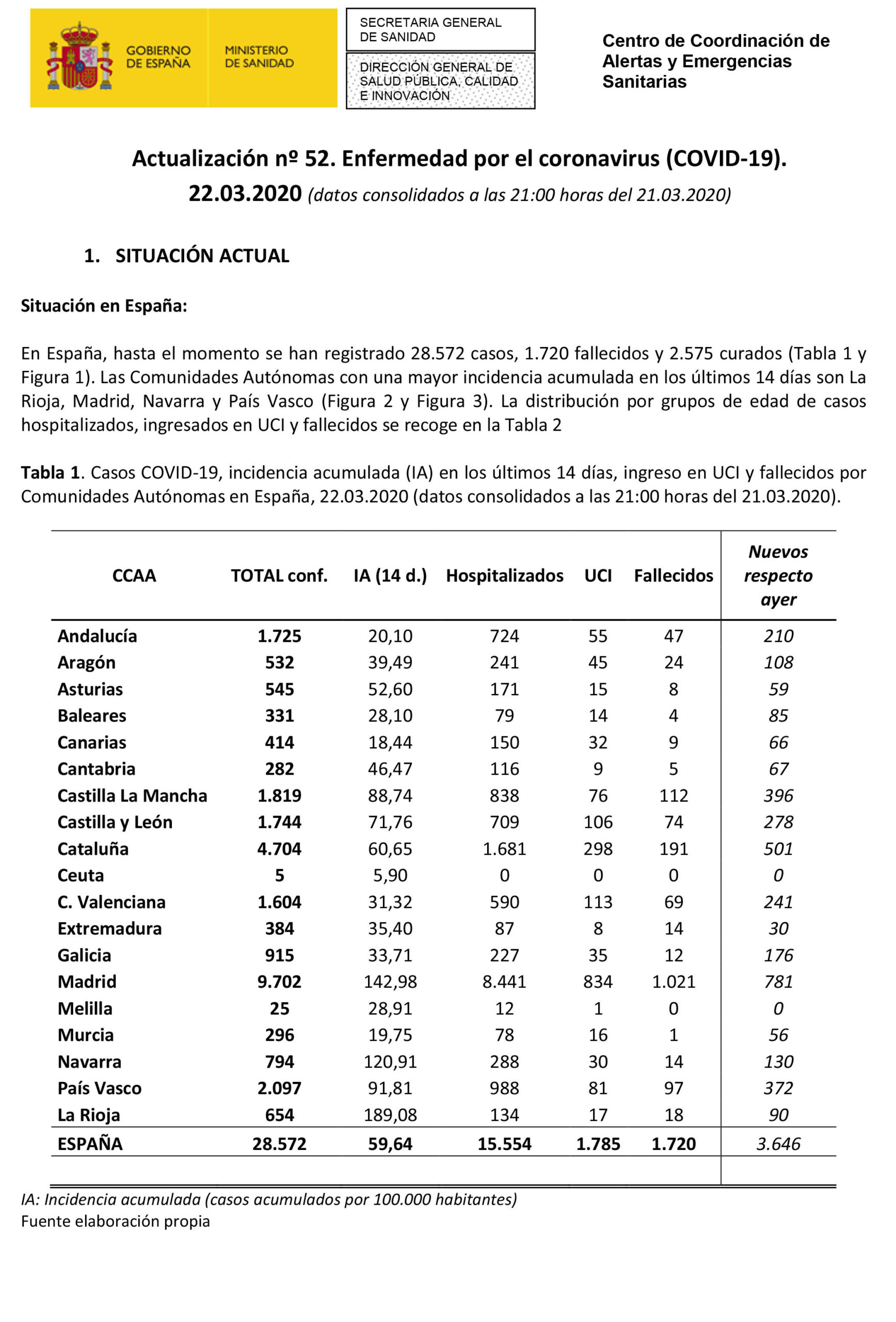